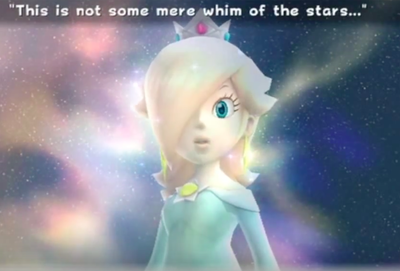 The Gentle Pull is an extremely vague and ambiguous being alluded to by Rosalina in the end of Super Mario Galaxy 2. A presence that seemingly control fate and defies time and space. It eventually defied the dark powers of Bowser.

Intelligence: Presumably extremely high (Has jurisdiction over the whole universe, controlling and having prior knowledge of the events that will unfold within it)

Start a Discussion Discussions about The Gentle Pull