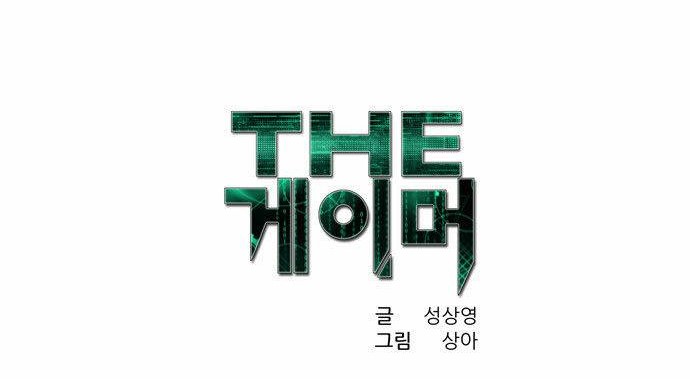 Hidden within the hustle and bustle of modern day society is a modern-day underworld of supernatural activity known as the Abyss that has operated for thousands of years. It's a world where power, cunning, and ruthlessness can determine the difference between life and death, or perhaps even a fate worse than that. No matter how grand their activities, they have always remained hidden from view, even as its power and influence seeped across the world.

Enter Han Jee-Han, a young Korean teenager and video game aficionado who recently discovered his ability to interact with the world as if he were a character in an MMORPG. Initially exasperated by the tedious and seemingly pointless nature of his new power, a few chance events expose him to the world of the Abyss, forcing him to pick sides and begin level grinding like he never has before if he doesn't want to get dragged in as everything he thought he knew about reality comes crashing down.

The verse is a moderately powered for majority of it's characters, with most combatants varying from Large Building level to Multi-City Block level, with stronger characters varying from Town level to Small City level. The Heavenly Thousand and Gods at full power vary from Mountain level to the strongest ones being Small Country level. Gaia, the personification of the world, is Planet level, as it can create two earth sized worlds. The creators are unknown in power, but they are at least Universe level due to being stated to have created worlds in their entirety (which is directly followed up by saying that Gaia is insignificant in front of them, as earth is just a small speck in the universe).

In terms of speed, the weaker characters are rather lacking, with the majority being somewhere vaguely superhuman in terms of travel speed, and just barely hitting transonic in terms of combat speed, though the top tier characters reach massively hypersonic+ to sub-relativistic+ levels of speeds.

In addition, the verse is primarily magic based, having abilities that rely on the consumption of mana in order to be used. There are, however, quite a few abilities that reply upon strengthening the body, such as the Chunbou Martial Arts. The verse also has decent hax such as Life Manipulation, Negation, BFR to pocket dimensions, Existence Erasure, Spatial Manipulation and Mind Manipulation. Most gods are also immortals reliant on people believing in them or what they represent, and Gaia herself being able to cause beings that break her rules to die.

Innate Fighters: Those blessed by Gaia who were born with special abilities. These abilities are formed through whatever it is that person cares about the most, or whatever has impacted their life the most deeply. I.E. if a person nearly drowned, then they would gain water manipulation. In Jee-Han's case, he gained the ability to interact with life as though it were a game. Innate Fighters are inherently stronger than acquired ability users and progress much more quickly. Gaia's giving of powers thus far appears to be random. However, if they abuse their powers in the real world (essentially, making people not involved with the Abyss believe something "weird" is going on), then Gaia's preventative power will cause misfortune to befall them, which could even result in their death.

Acquired Fighters: True to their name, they acquire their powers through training. While not an inherently strong or filled with potential, they can reach even higher heights than a moderately trained innate fighter through years of training.

Artificial Gods: Idea power is power that literally stems from every individual thought. Through the large-scale collection of idea power, an evil spirit, or, artificial god can be born. Gods protect their believers and act according to the faith of these believers. Gods remain immortal until belief in them disappears. All gods, whether artificial or natural, are omniscient.

Protected Spaces/ID Barriers: A space for fighting, where fighters are allowed to use their powers without limitations, allowing them to bypass Gaia's preventative power. Also known as illusion barriers.

Jee-Han's Spiral Mana Bomb (Scales to those who are 8-C, primarily just the monsters)

Yoohwa Shin's Thought Speed (scales to those who are Supersonic+)

A descendant clan of King Dangun, their purpose is to protect Korea and it's people. Only the Cheonbu heir can use the Sword of Dan.

A branch of the Cheonbu guild that broke off due to disagreements about their methods. THe Dan Ui guild moistly works by the motto of "end justify the means", and do anything they can to become more powerful and protect Korea. This allowed them to become one of the nine gates, the nine strongest organizations in the world.

A guild specialized in the manipulation of souls, and burning it to increase their power. They were later absorbed into the church of masks.

The Church of Masks

A "church" created through Yoohwa's ability to connect people's minds. It's goal is to connect the mind of everyone to get past the masks people put on, and to achieve proper peace. They were later enslaved by Han, but they are still growing in power.

Tough not officially named, it's the group put together by the "Advent of Chaos", Fan Rui, for the purpose of creating a world full of chaos. Each member seems to have their own personal goals. The group is behind most of the plot through one way or another, often causing most of the problems.

Beings born from the combined Idea Power of humans, they are incredibly powerful beings that become stronger the more believers they have, and the longer they live.