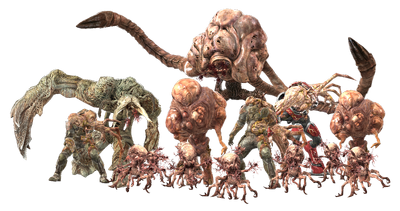 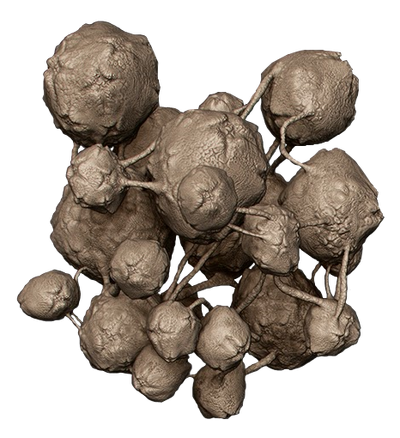 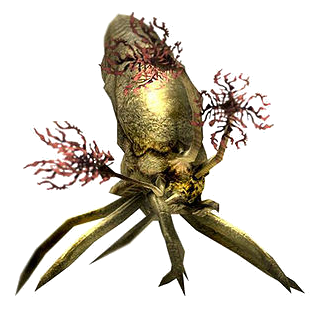 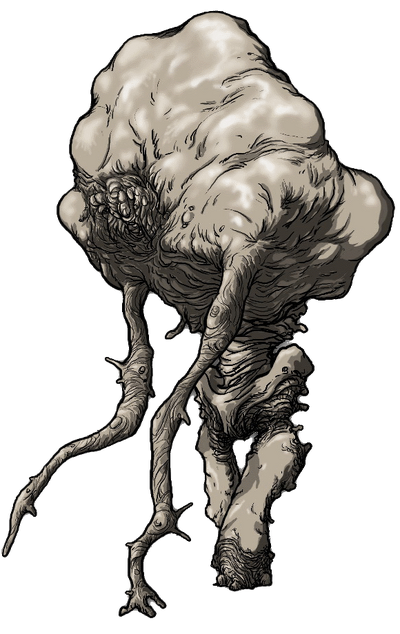 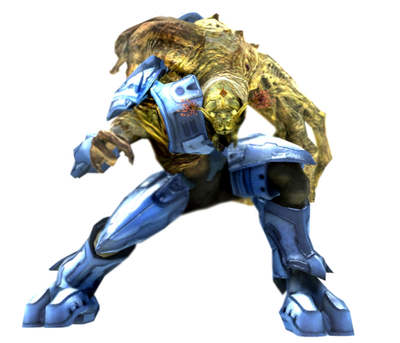 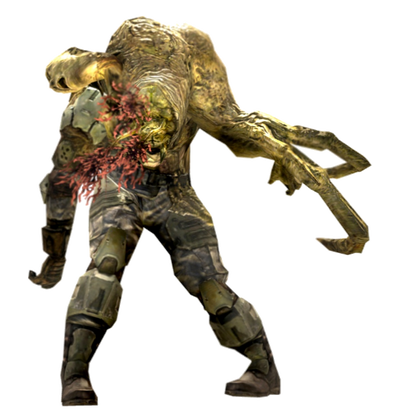 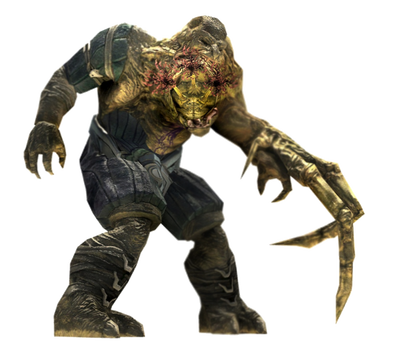 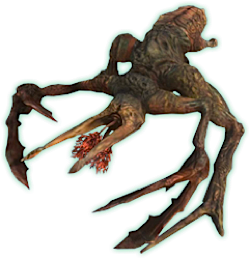 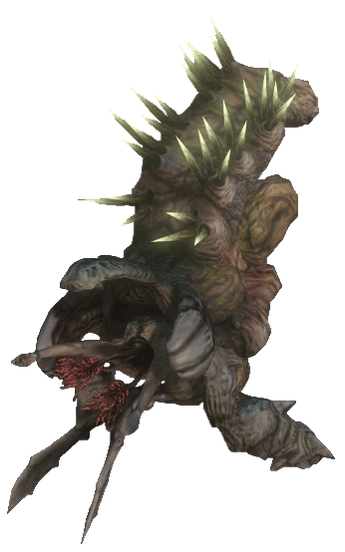 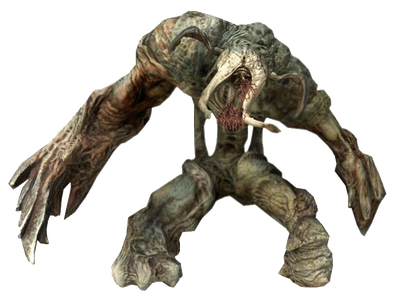 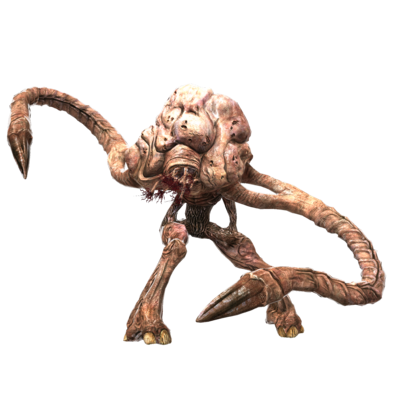 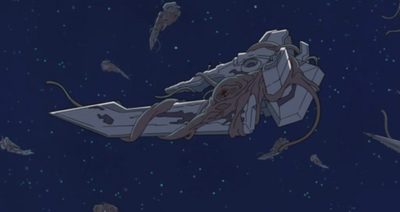 For hundreds of millions or perhaps even billions of years before the creation of the Halo array, the Milky Way galaxy and all life in it was overseen by the Precursors. They wished to pass on their "Mantle of Responsibility" (a philosophy whereby a "steward race" which held the Mantle would be entitled to oversee the evolution and cultivation of life in the galaxy) to ancient humans. This did not go down well with ancient Forerunners who waged war against the Precursors and drove them to near extinction. This war took place ten millions years BCE and its details are lost even to the Forerunners themselves.

Some of the Precursors who escaped the genocide went into suspended animation and turned themselves into a powdery substance in the hopes of reviving later on. But this became corrupted and would induce madness and mutations in any life form that came into contact with it. Thus the Flood was born. Although initially viewed as an accident or failure on their part, the Precursors began to view the Flood as a form of revenge against the galaxy. They would make the Forerunners pay for their insolence, all life in the galaxy would be deprived of free will and never again rise against the Precursors, and life in the galaxy would be truly unified as one.

Name: The Flood, Referred to as Inferi redivivus by Forerunners (Latin for "The Dead Reincarnated"), the Parasite by most species (Mainly the UNSC/Humands, the Covenant, Forerunners, The Banished, etc...), "Shaping Sickness", "The Plague", etc...

Gender: Genderless (They don't depend on the gender of a host)

Powers and Abilities: Superhuman Physical Characteristics as Pure and Combat Forms (They heavily vary depending on the host and the mass accumulated.), Biological Manipulation, Life-Force Manipulation and Power Absorption (Once they gain a Host they absorb all its memories and abilities and modify their appearance), Telepathy with a Gravemind (At a Multi-Planetary scale), Hacking with a Gravemind, Infection Forms and most technology (The Gravemind is capable of hacking and gaining control over technology the Flood expansion has reached, the Infection Forms are capable of hacking vehicles like Warthogs and Wraits, and even Forerunner technology), Regeneration (At least Low-High, even the weakest of Forms are capable of regenerating from their "Super Cells" that survived even plasma vaporization), Mental Manipulation, Biochemical Manipulation and Information Manipulation (They assimilate the memories of anyone they absorb into the Flood), Biological Manipulation (Capable of infecting other beings and shapeshifting their appearances), Pocket Reality Manipulation via Slipspace (As good, If not better, than the Forerunners in Slipspace, capable of totally blocking the entrance to Slipspace and travelling trought time forwards and backwards, but they need to infect a ship capable of opening a portal to it) | All the previous abilities (Massively stronger) plus Space and Time Manipulation, Mind Manipulation, Technology Manipulation, and the ability to manipulate their own neural physics-created structures such as the Star Roads.

Attack Potency: Athlete level (Infection forms are just about powerful enough to overpower and possess a trained human soldier) | Wall level to Building level (Flood combat forms range from small humanoid forms which are weaker than typical Sangheili warriors or Spartans to much larger Pure Forms which can be much stronger than Sangheili warriors or Spartans) | Solar System level to Galaxy level (Key Minds were planetary Flood masses which could manipulate Precursor Star Roads and other Neural Physics constructs. This allowed them to rip apart entire planetary systems and to an extent manipulate reality and the laws of physics on a galactic scale)

Durability: Athlete level | Wall level to Building level (Some combat forms can take M90 shotgun blasts and several 7.62x51 mm rounds and carry on while the strongest ones can be at least as durable as a Sangheili Minor or Spartan in Mjolnir armour. Some even have energy shields similar to what Sangheili and Spartans have on their armours) | Unknown

Stamina: Unknown | High, can carry on for long without sustenance, with limbs blasted off, with holes in torsos | Unknown

Range: Melee range | Extended human melee range due to tentacles and modified limbs, dozens to hundreds of metres with weapons | Galactic via Precursor Star Roads and other Neural Physics Constructs

Intelligence: Below average | Below average by themselves (They have an "attack anything that moves" mentality, and are mere berserkers. Can pull off brilliant tactics/strategies when directed by a Gravemind) | Supergenius (Their thinking capacity and processing power rival the most powerful AI of the Forerunners, a civilization millions of years more advanced than 26th Century humanity). They possess great strategic acumen and can oversee entire Flood controlled fleets across the galaxy. Used Precursor Neural Physics constructs to manipulate the laws of physics on a galactic scale

High Charity, infested by the Flood

Indulgence of Conviction, an infected Battlecruiser used to crash-land on Earth

A Proto-Gravemind
Add a photo to this gallery