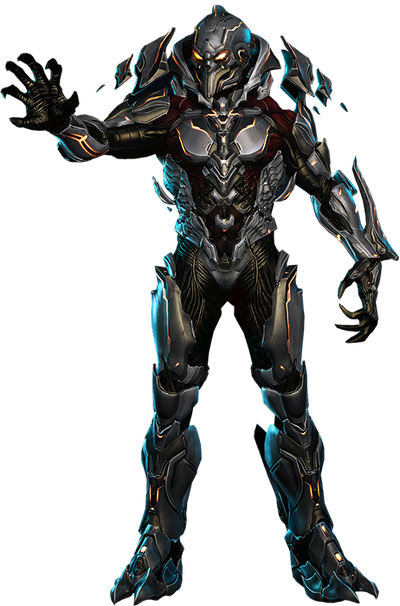 Shadow-of-Sundered-Star, more commonly known as "The Didact" or his Promethean name the Ur-Didact, was a Forerunner Promethean who held an extremely high status in the Forerunner society as supreme commander of the entire Forerunner military. He wholeheartedly believed in the Mantle of Responsibility the Forerunners held to protect life, and initially opposed the Halo Array as a sin beyond measure. He was also the lover and husband of the Librarian. He serves as the primary antagonist in Halo 4 and the Halo Escalation comic series, as well as being a reoccurring character through the Forerunner novel series

Tier: At least Low 7-B, possibly 7-B | 5-C, far higher when piloting the Mantle's Approach

Classification: Forerunner-Promethean, Commander of the Forerunner Military, Husband of the Librarian

Powers and Abilities: Superhuman Physical Characteristics, Telepathy, Telekinesis, Technology Manipulation, Light Manipulation, Enhanced Senses, Information Analysis, Data Manipulation (Comparable to other Prometheans, who can create beings of pure information and transform living beings to data), Energy Manipulation (Capable of creating Shockwaves from his armor), Portal Creation, Homing Attack and Dimensional BFR (Able to create ruptures to Slipstream-Space. Superior to the Warden Eternal who can create, and throw a Slipspace rupture that tracks its target), Biological Manipulation (Comparable to other Forerunners who can modify the genetic structure of living beings, and even devolve them to a lesser state), Teleportation (Comparable to other Forerunner Warriors who were able to Teleport to other Forerunner Installations) Levitation/Restricted Flight, Reactive Evolution (Forerunners' Warrior armor could "evolve" during and after long fights), Summoning (Can summon hundreds of Promethean Knights, Soldiers, Crawlers, and Watchers that follow his command) Projectile Reflection (Promethean Watchers can create Hardlight shields capable of deflecting projectiles), Immortality (Types 1, 2, and 6. Master Chief stated that the Didact was only temporarily stopped after his supposed vaporization, WOG confirms that he is still alive), Regeneration (At least High-Low, regenerated an eye, likely Low-Mid, comparable to other Prometheans who've regenerated from loosing body parts, possibly higher, even after having his body completely vaporized, Master Chief stated that he was just temporally stopped), Transmutation with the Composer (Turned the entire population of a city of 42 million into digital essence), Adaptation (Forerunner armor is able to adapt to various planets' ecosystem), Resistance to Extreme Temperatures, Radiation, Diseases, High Gravity, Pain, the Vacuum of Space, and Transmutation (Highly-resistant to the effects of the Composer) | Same as before, True-Flight, Large Size (Type 4) with the Mantle's Approach

Attack Potency: At least Small City level+ (Can survive the ouput of two Composers and damage enemies of this level of durability. Very casually ionized a metal barrier), possibly City level (Broke the Hardlight shackles used by Cortana to restrain him, said shackles were connected the the Mantle's Approach's power grid that later generated a bubble around Master Chief that withstood the HAVOK nuke. Master Chief implied he could've destroyed the UNSC Infinity, but by what means is unknown), the Composer can also Ignore conventional durability | Moon level+ (Can pilot a War Sphinx which is capable of destruction on this scale), far higher when piloting the Mantle's Approach (As a flagship for its time, it should be far more powerful than the War Sphinx)

Speed: At least Superhuman movement speed with at least Supersonic combat speed, likely higher (His suit is far more sophisticated and powerful than Master Chief's, as the Chief's suit by Forerunner Standards is considered a class 2 Combat Skin, whereas the Didact's is a class 18+. Should be faster than Kelly-087, the fastest Spartan) | Unknown (Is faster than before, but by an unknown degree), Massively FTL+ travel speed with Slipspace

Lifting Strength: At least Class 10 (Far stronger than the likes of Atriox, and Warden Eternal, both of whom are much stronger than Master Chief. Can lift and toss Spartans like toys), likely higher with Constraint Fields (Capable of restraining other Prometheans) | Class P (Is capable of lifting continental land masses into space)

Striking Strength: At least Small City Class+, possibly City Class (Able to trade blows with other High Ranking Prometheans, who should be comparable to him), | Moon Class+, far higher with the Mantle's Approach

Durability: At least Small City level+ (Can take hits from other ancient Prometheans with no problem. Completely unaffected by Promethean weapons), possibly City level (Vastly more powerful than the Warden Eternal. Effortlessly tanked a burst from two Composers, and was confident he could survive five Composers at once) | Moon level+ (Can withstand hits from other War Sphinxes and ships of comparable power), far higher with the Mantle's Approach (Is far more durable than the War Sphinx)

Stamina: Nearly Limitless (With their suits, Forerunners require no sleep and can fight on for days. Unaffected by having a knife driven several inches into his eye socket)

Range: Tens of meters with Constraint Fields, Low Multiversal with Scanners (The Didact was able to conduct studies on a planetary system's traces of the photonic realm, the Glow), Galactic with Slipspace travel. At least 200 kilometers Area of Effect with The Composer | At least Thousands of kilometers with the War Sphinx, likely Planetary with the Mantle's Approach

Intelligence: Genius. He commanded the entire Forerunner military for several eons and controlled the Promethean Knights for the duration of his return in Halo 4. Each Promethean is also able to control million strong phalanxes of fighters such as Phaetons. Was still able to function even after been driven insane by The Gravemind, and locked inside a Cryptum for a hundred thousand years to dwell in his own madness.

Weaknesses: Anti-hacking system has limits and has been defeated by the likes of Cortana. The Composer is useless against mindless beings (Like The Flood). His summoned Prometheans are far below his physical tier | Same as before, The Mantle's Approach's core is brittle to high yielding explosions.

Key: Base | With extensive Forerunner technology and/or starships 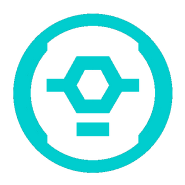 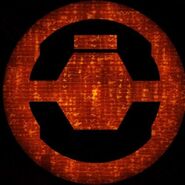 The unbound version of the Didact's sigil.

The Cryptum that Ur-Didact was sealed in up until 2557

Ur-Didact's personal ship, Mantle's Approach, was a colossal starship towering at a height of 371.4km, and possessed a Composer, which could create new Prometheans from existing life. It's size was such that a thin atmosphere had formed around it's outer hull.
Add a photo to this gallery

Esdeath (Akame ga Kill!) Esdeath's Profile (Both were Low 7-B. Speed was equalized)

Kessler (InFAMOUS) Kessler's Profile (Both were 7-B. Speed was equalized)

Retrieved from "https://vsbattles.fandom.com/wiki/The_Didact_(Halo)?oldid=6922978"
Community content is available under CC-BY-SA unless otherwise noted.