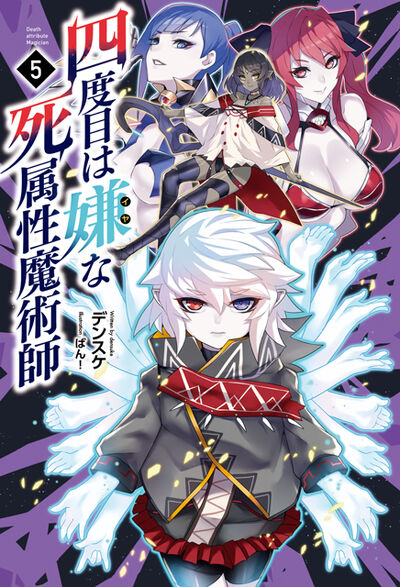 Amamiya Hiroto is unlucky. His life consisted of misfortune after misfortune, culminating in an unlucky death during an incident on a school boat trip, trying to save a girl he barely knew. After death, he met a god of reincarnation who requested that the hundred or so dead passengers—one of them being the girl he tried in vain to save—be reincarnated into another world.

Yet a series of unfortunate events forced Hiroto to reincarnate with even less luck than before, starting with nothing but a tremendous amount of Mana. His second life, far worse than his first, came to a cruel end. However, upon meeting the god a second time, he was informed that there would be yet another reincarnation—one that had already been set in motion and could not be stopped. Not wanting Hiroto to endure a third life filled with suffering, the god cursed him before he was reborn in the hopes that he would either die quickly or commit suicide.

Hiroto was reborn once more as a half-vampire, half-dark elf. A dhampir. Not wanting a fourth life, he is determined to live this third life with the only things remaining from his previous lives—Death Magic and his enormous Mana pool.

The verse spans a multiverse and as such there are various unexplored gods of many universes. Per legend the gods Diachmell and Arazan fought each other creating the universe in which Lambda is in the progress. From their bodies the eleven founding gods were born, which together created the planet Lambda.

The strongest mortals can do things like split mountains and compare to the dying goddess Vida, giving them Mountain level power.

A-rank adventurers and up scale from a version of Vandalieu that was able to destroy a great part of a mountain, which required Town level power.

Speed wise most of the verse is supersonic, scaling from a young Vandalieu.