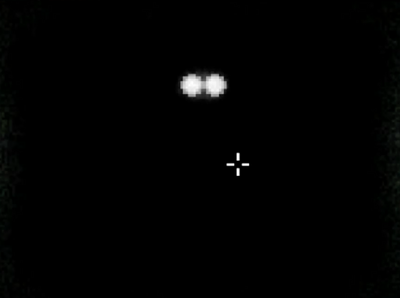 The Darkness is the demonic supreme being of the Deep Sleep universe. It is the creator of the Dream Dimension, and the ruler of The Shadow People, however, much about it is shrouded in mystery. What is known is that it is very powerful, and very hungry.

Powers and Abilities: Omnipresence (The Darkness is present throughout the entirety of the Deep Sleep's universe), Nigh-Omniscience (It is aware of everything happening in the Dream Dimension), Large Size (Type 8, fully encompasses The Deep Sleep's universe), Non-Corporeal Existence (As a being made of shadow, the Darkness cannot be affected by physical attacks), Immortality (Types 1, 5 and 6), Creation (It created the Deep Sleep’s universe, and all of those within), Reality Warping (Completely restructured the world between the first two games), Sleep Manipulation (Can drag targets into the Dream Dimension, and keep victims in a coma or lucid dream indefinitely), Avatar Creation (Created an avatar to attack the player in the beginning of The Deepest Sleep), Power Bestowal (Granted Shadow People their powers), Morality Manipulation (Can implant suggestions in someone’s head), Resurrection (Can kill someone's sleeping body, and resurrect them as a Shadow Person), Possession (When a Shadow Person possess a human, they take a piece of the Darkness with them to the surface), Paralysis Inducement (Anything who views the Darkness is paralyzed with fear) and Non-Physical Interaction (Can interact with and kill the Shadow People, despite them also being non-corporeal)

Stamina: Limitless (Has existed and hunted without rest for at least two million years. As a being made of shadow, it has no muscles to tire)

Range: Universal+ (At the beginning of the Deepest Sleep, the Darkness attacked the player while they were in the 'awake world', a completely separate universe)

Weaknesses: The Darkness is bound to the Dream Dimension, and likely has difficulty affecting the real world in any meaningful way. It's mental commands can be disobeyed with effort

The Darkness creating a physical form to attack the Player

Start a Discussion Discussions about The Darkness (The Deep Sleep)