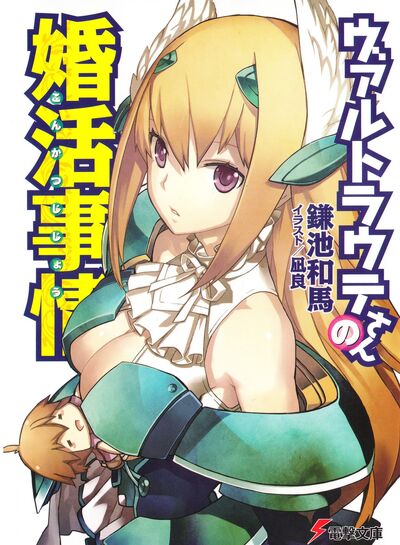 The Circumstances Leading to Waltraute's Marriage (ヴァルトラウテさんの婚活事情, Waltraute-san no Konkatsu Jijou) is a Japanese light novel, written by Kazuma Kamachi and illustrated by Ryō Nagi.

The story takes place in the world of Norse mythology. A human boy named Jack Elvan falls in love with Waltraute, the fourth Valkyrie sister, during one of her journeys into Midgard. He wishes to marry her, but Waltraute gives him an impossible challenge to deter him: to climb Yggdrassil and reach Asgard. That should have been all it was, but the next thing she knows, she is married to Jack, frying Odin and stopping Ragnarök.

Despite being a romantic comedy, the verse has medium power. They have Massively Hypersonic+ speed, and while most characters vary in power, ranging from Building to Island level, the strongest characters are at least Continent level. However, the verse lacks any meaningful hax beyond the invulnerability of Baldr's light and Týr's certain victory blessing.

Start a Discussion Discussions about The Circumstances Leading to Waltraute's Marriage