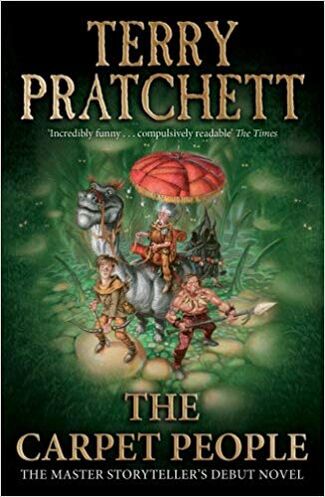 The Carpet People is a novel by Terry Pratchett, written when the author was only seventeen. It was later remastered by the same author to be up to his current standards. The idea of the story is a fantasy setting set entirely on a normal-sized carpet. The microscopic protagonists must work to save the Dumii Empire from The Fray, which is, in fact, a vacuum cleaner.

While in attack potency the verse is, by all means, incredibly weak, the verse does include a form of "hax". A tribe within the verse can see the future and past easily, and at least one character has the ability to look at all possibilities and choose which timeline is the one taken. Even minor characters have a form of limited Fear Manipulation.

Start a Discussion Discussions about The Carpet People