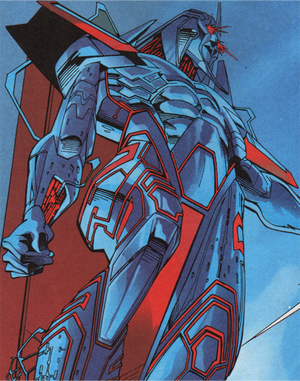 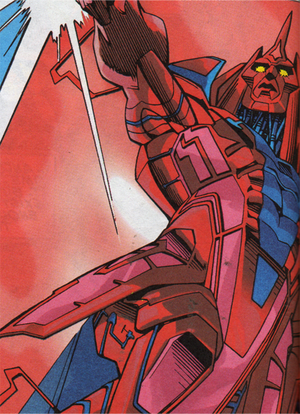 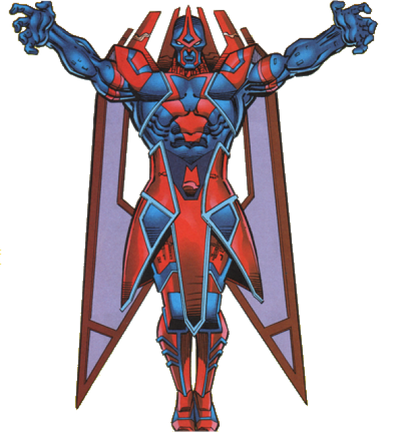 Attack Potency: Unknown, likely Low Outerverse level (Shown as far more powerful than The Living Tribunal, and implied to be the embodiments of the Marvel and DC Fictional Continuities. However, the power level of The Living Tribunal within this crossover was left unclear) | Universe level+ (Each of the two brothers is the architect of a new universe, with the Marvel Brother replacing the Marvel Universe after it's previous version was destroyed)

Note 1: Pre-Retcon, the Brothers were the masters of the Living Tribunal and the Spectre, as well as the embodiments of the Marvel and DC Fictional Continuities. Post-Retcon, they were created by the Tribunal as an experiment.

Note 2: While the Post-Retcon Brothers were stated to possess enough energy to vaporize galaxies, such a claim cannot be used to downgrade their power. Within the storyline, it is made clear that not just their power, but the entire crossover event was retconned, being a mere "game" created by the true Tribunal, with the Tribunal involved in the crossover presumably an M-Body. Similarly, for the Brothers to fulfill their roles in such "game", they would need to be at least Universal in scale.

Note 3: Before making any changes to this page, please read and follow the Power-scaling Rules for Marvel and DC Comics.

Start a Discussion Discussions about The Brothers Yin and Yang