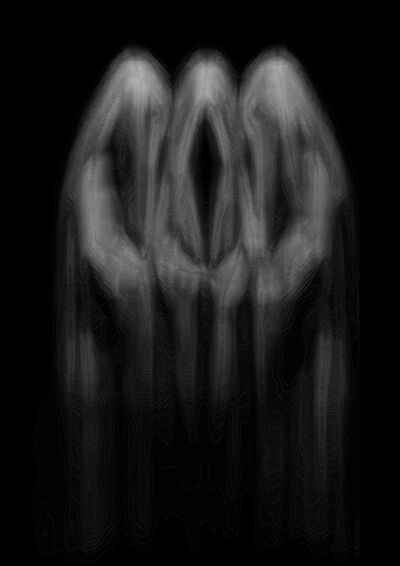 The Auditors of Reality are a set of nonexistent servants adhering to the will of the Eight Old High Ones (one of their number being Azrael). These Auditors are frequent antagonists in the Discworld setting- mainly because they are the antithesis to much of the setting's zany and unrealistic nature.

As characters they despise all things disorderly and will even act out of line from the wishes of their master to bring things under control once more. Auditors are embodied by semi-transparent grey robes floating through the sky, often by the hundreds or thousands.

It is known that if they ever develop a personality or any other sense of singularity, they will often spontaneously cease to exist, their minds and forms destroyed, only to form another Auditor, returned to control, a moment later.

Classification: Servants of the Old High Ones

Powers and Abilities: Flight, Non-Corporeal, Telepathy, Nonexistent Physiology (Type 1; Auditors are stated to be the void, to not exist at all), Self-Sustenance (Types 1, 2, and 3; Auditors require no means of sustenance to live), Time Manipulation (Can function in and enact stopped time, as seen in Thief of Time), Existence Erasure (Auditors are capable of erasing things they deem unruly across past, present, and future, as they intended to do to the Hogfather), Causality Manipulation (Once their actions have been performed, they always had been done to begin with- put simply, they can affect any time period with their actions now, including the past), Regeneration (Low-Godly, if an Auditor phases out of existence, their body turns to flame and their mind is destroyed, only to reform a moment later), Shapeshifting (Can take on physical forms if need be, as shown when they became hounds to chase the Hogfather)

Attack Potency: Street level+ (Their avatars of choice seem to be large hunting hounds, putting them around this level; physically comparable to Susan, who could mangle larger monsters with a fire poker) | Unknown, possibly Universe level+ (Regularly function as antagonists to Death, and even managed to create a perfect copy of him to replace him; the Auditors collectively were capable of diminishing the power of the Hogfather, who generates universes each Hogswatch-eve)

Speed: Infinite (Ran alongside Binky, Death's horse, who can reach any point in the universe faster than time; can move in stopped time) | Infinite (Comparable to Death)

Durability: Unknown (Could only be destroyed via destroying their soul with Death's sword) | Unknown, possibly Universe level+

Intelligence: Unclear. Maintains literally no knowledge on any complicated matters deemed unruly as they have no interest in such a thing- however, outside of such disorderly information, they seem nearly omniscient.

Weaknesses: The second they develop a personality they will burn up spontaneously and immediately be replaced by a new Auditor, one void of personality

Start a Discussion Discussions about The Auditors of Reality