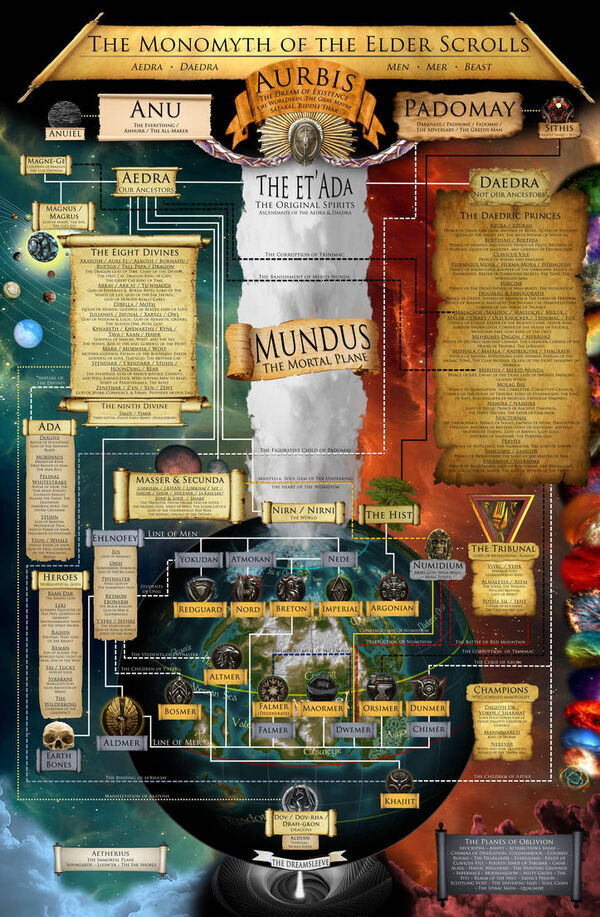 The Amaranth, also known as The Godhead or simply God, is the supreme, ultimate being which lies beyond the boundaries of existence, dreaming all of the Aurbis. Less of a being, and more of an abstract force, the Amaranth is the Final Subgradience, the limitless state of pure freedom and unity, the death of all limits and restrictions attained when two Ruling Kings of the Aurbis enter a state of sensory deprivation, destroying the underlying concepts of Duality and Selfhood which seemingly unbind them and dissolving into a single, unified whole through the joy of dissolution, stepping beyond the last bridge of existence and becoming themselves the Godhead which dreams all things into being, holding every being, race and idea as facets of itself, and reflections of its memories and consciousness

The Amaranth of the Current Dream, then, is ANU, whose tortured, broken mind gave birth to a fractured prison of suffering, built upon a lattice of corpses and soaked in the blood of ancestors. Through the actions of the Missing God of Change, Lorkhan, and later on the teachings of Vivec, the pathway to the formation of a New Dreamer could be created, one who would create a Dream of Love, which would be seen not as a Prison, but as a Home to all things, wherein all would rejoice in Freedom, and perceive the Godhead just as it perceives them.

Ultimately, the New Amaranth was formed by the union of Jubal-lun-Sul, the Final Nerevarine, and Vivec, with the resulting entity being a baby made of Flowers: The Nu-Men, a God who would cherish and adore all that is come from Him, as opposed to the current Amaranth, ANU, a bittered, uncaring God who would remain forever distant from his Creations.

Name: I, The Amaranth, God, The Godhead, The Nu-Men, Tsaescence, The Dream Maker, Love Lies Bleeding, The House of WE, The Final Subgradience.

Classification: God. The Last Existence. The Eternal I. The Everlasting Hypnagogic.

Attack Potency: Boundless (The Amaranth is the flowering statehood of Boundless "Zero" which stands beyond CHIM, and beyond all AE, wherein an individual enters a state of Eternal Sensory Deprivation and steps beyond the Dreams of the Godhead, dissolving into the sea of featureless potential and becoming bereft of all characteristics, emerging as the Impersonal Cosmic Unity completely devoid of all illusions of duality and restriction, the boundless and indivisible state of limitless and indescribable Void from which all ideas, numbers and possibilities spring into being, outside of all else but Its own unbound consciousness. Holds the Dreamsleeve, the most fundamental level of all existence which is devoid of all forms of time and space and contains all possible ideas and information, as an aspect of itself alongside all of the Aurbis and beyond, with even Anu and Padomay being merely the most fleeting and minuscule echoes of its infinite consciousness)

Speed: Omnipresent (Holds all aspects of existence as facets of itself, being the all-encompassing Eternal “I” from which all ideas and possibilities are dreamed into being)

Intelligence: Inapplicable. The Amaranth is the fully impersonal and featureless unity devoid of all characterization, being the state of Infinite "Zero" from which all springs, rather than a sentient entity on its own.

Start a Discussion Discussions about The Amaranth