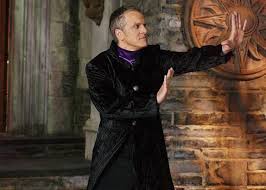 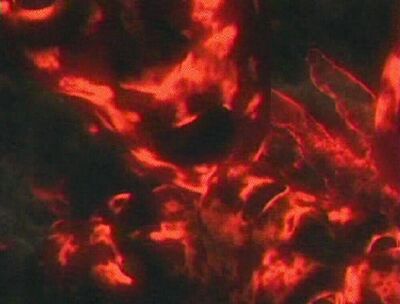 Powers and Abilities: Durability Negation, Soul Manipulation (can absorb souls and bodies on contact as the darkness and harm them with magic in his human form), Intangibility, Cryokinesis, Pyrokinesis, Teleportation, Enhanced Senses, Telekinesis, Dark Magic, Omnipresence, Immortality (Type 1), Can temporarily blind people, Portal Creation, Cloning (The darkness was all outside the castle while Thantos' human form was with Miranda.)

Attack Potency: Country level (Engulfed all of Coventry), possibly Universe level (Coventry is constantly stated to be it's own dimension. According to Camryn, his goal is to extinguish all life in the universe.)

Speed: Possibly Nigh-Omnipresent (Was everywhere in Coventry except the castle, which his human body was in. Has to spread himself first) with Normal Human combat speed and reactions

Durability: Athlete level in his human form (Pushed back by curtains that were magically moved by the Twitches), likely Country level to Universe level as the darkness (Regardless of the form, intangibility makes him difficult to kill)

Weaknesses: The darkness can be vanquished with light magic enhanced by thoughts of love. It completely erases most of him across the places he took over and restores the souls of all he absorbed

Note: This is a composited version from the Disney Channel movies and the Schoolastic books.