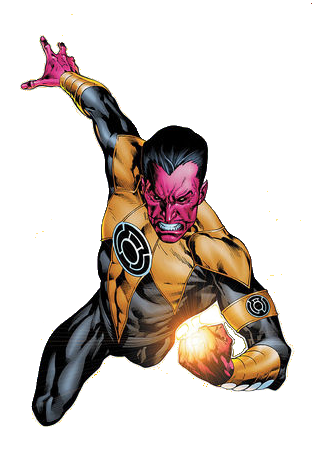 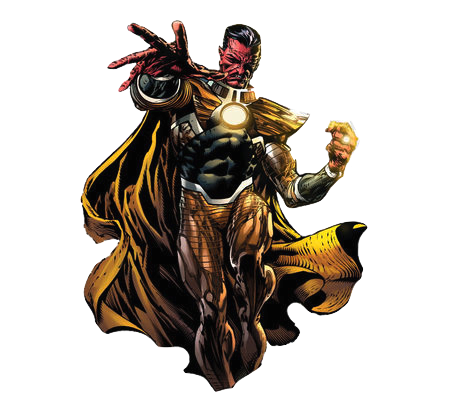 Thaal Sinestro was once the greatest member of the Green Lantern Corps, being lauded by the Guardians of the Universe for his many deeds. He mentored and inspired many Green Lanterns, including Hal Jordan, who would later uncover Sinestro's more unsavory traits. Obsessed with order, unhinged by conflict on his homeworld of Korugar, and corrupted by his own power, Sinestro became a tyrant and one of the greatest threats the galaxy had ever seen.

Attack Potency: Solar System level (Comparable to Hal Jordan) | Low Multiverse level (Sinestro has the full mastery over Parallax and can release the entity to attack his opponents. Can briefly hold his own against Volthoom at full power)

Lifting Strength: Stellar (Should be comparable to Green Lanterns who can contain beings rivaling Kryptonians in raw strength with their constructs) | Immeasurable

Standard Equipment: GL Ring, GL Power Battery (which is used to recharge the ring and is stored in another dimension, however they usually don't carry it around with them)

Intelligence: High, has lots of experience in his years as a Green Lantern. Possesses some skill in engineering as he designed his yellow power rings.

Weaknesses: Sinestro is very arrogant, and his ring cannot be wielded correctly if the wearer is under the influence of drugs or if there is an involvement of neural interference.

Atrocitus (DC Comics) Atrocitus's Profile (4-B Sinestro, both were bloodlusted)