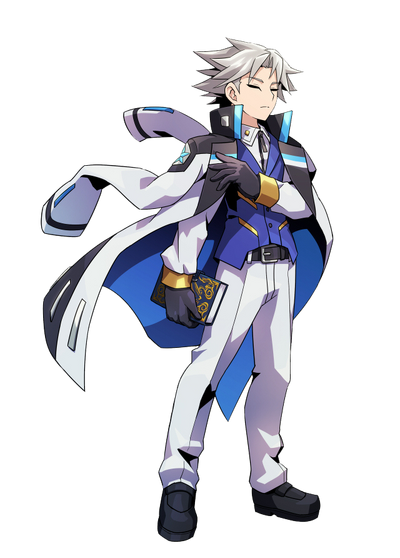 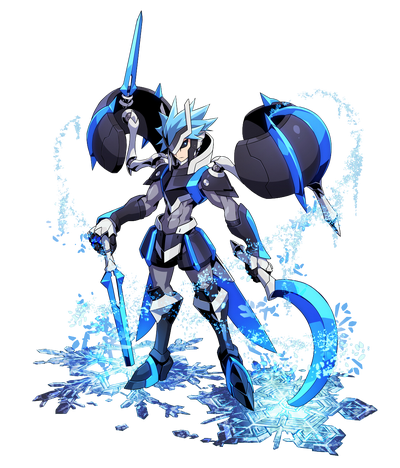 Tenjian is an antagonist in Azure Striker Gunvolt 2. Tenjian was born in China, where Adepts were hunted from birth. When he was born, his parents left him in an orphanage. The owner of the orphanage, unlike many people in the country, cared dearly for him. In that orphanage, Tenjian also met Zonda, the two eventually seeing one another as brother and sister. Eventually, the owner of the orphanage died, leaving Tenjian, Zonda and all of the other orphans on the street. Eventually, a man offered Tenjian and Zonda food. But, unfortunately for Tenjian, this apple was poisoned and he almost died. When he miraculously recovered, Tenjian went on a rampage, freezing everyone and everything in the city bar himself and Zonda. The two eventually founded Eden, the Adept supremacist group, with Tenjian becoming the second-in-command.

Powers and Abilities: Superhuman Physical Characteristics, Ice Manipulation, The temperature of his blades are apparently below Absolute Zero, Is able to freeze the air molecules around him to achieve flight, can freeze people on the molecular level causing them to become brittle, is a master swordfighter, Extrasensory Perception (Can see and hear Joule as a spirit)

Attack Potency: At least Large Town level (Should be superior to Gibril and Teseo, who fought Jota and Merak respectively) | Small City Block level (Was able to fight Gunvolt and Copen, killed the former, who wouldn't have survived had it not been for Joule. Froze over an entire city. Superior to Ghauri). Able to ignore conventional durability via molecular freezing

Stamina: Very High. Over a short time he invaded Sumeragi, fought Gunvolt, froze over a city before fighting Gunvolt/Copen in said city.

Standard Equipment: His Grimor, a book that increases his power. Usually creates a straight and curved sword out of ice to fight with.

Intelligence: Likely Gifted. Is the co-founder and chief strategist of Eden.

Weaknesses: Tenjian is very overconfident, and is stubbornly hateful of humanity. He will die if he uses Seven Slashes.