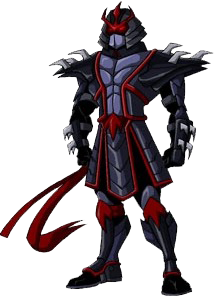 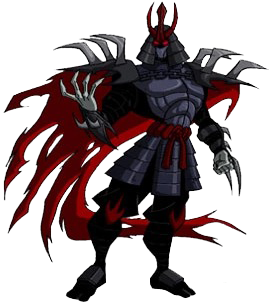 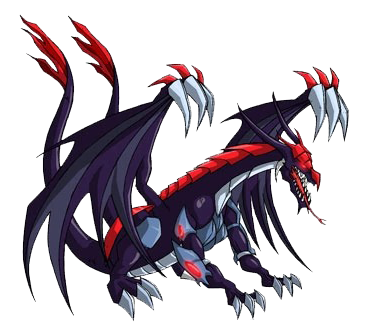 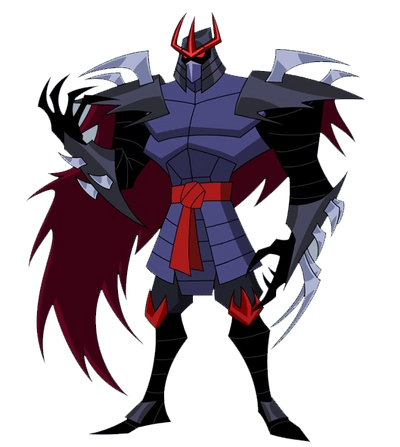 The Tengu Shredder, formerly known as Oroku Saki, is a reincarnated Tengu (demon) and the ultimate main antagonist of the Ninja Turtles in the Ninja Tribunal-story arc of the 2003 animated series, for which he was specially created. He is one of five incarnations of the Shredder in the series.

Age: Thousands of years old (He was born in feudal Japan)

Classification: Human turned into a demon

Attack Potency: Large Planet level (Even before absorbing the power of the Tengu, Oroku Saki was by far the most powerful warrior in feudal Japan and vastly above the Ninja Tribunal. Caused a lunar eclipse during his conquest of Japan) | Large Planet level (Remade the planet in his own image. The Mystic Warriors, whom he deemed to be the lowest of his minions were capable of matching and even defeating the Ninja Tribunal) | Large Planet level (Far stronger than before, his beam clash with the Ninja Turtles in their dragon forms was strong enough to wipe out an entire army of demons, a single member of which was apparently superior or at least on par with the Mystic Warriors)

Speed: Unknown | Hypersonic+ (Superior to the Mystic Ninja, who are in turn comparable to Chi Empowered Ninja Turtles) | At least Hypersonic+

Standard Equipment: His claws and his magic

Intelligence: Gifted (He has lived for thousands of years, fought wars, studied, and been reading different kinds of books)

The tengu shredder arrives
Add a photo to this gallery