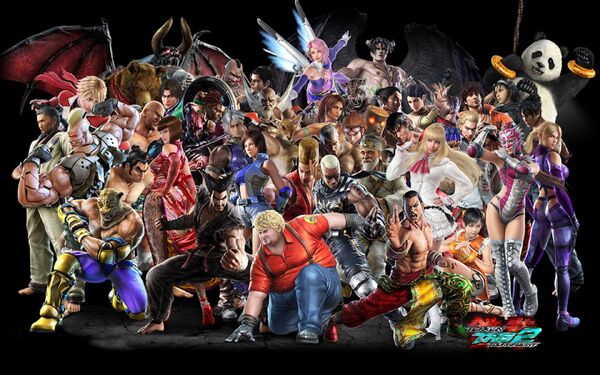 The Low Tiers of the verse are placed at Wall level and Supersonic, from Ganryu destroying walls and Bob dodging bullets.

The Mid Tiers are getting Massively Hypersonic+ and Small City level+ from Alisa, whom is above Jack 6 robots, that far surpass Gun Jack feat of reacting to a satellite beam and its power and Claudio and Nina fighting against a casual Heihachi.

The Upper Tiers are getting FTL speed from scaling to Yoshimitsu reacting to a laser beam and City level from scaling from a young Kazuya surviving a volcano eruption.

The Top Tiers are sitting at City level, possibly Multi-Continent level from Kazuya and Heihachi, as well as Akuma and Heihachi defeating squads of Jack 4, respectively Jack 6 robots, that are much superior to Gun Jack casually and from Fully Awakened Jinpachi and Azazel, whom were being stated many times in the lore of the series, to be threats to humanity and that they will destroy the world, if they werent defeated. Meanwhile their speed is scaled from the Upper Tiers by being above them, along Sub-relativistic attack speed for the devil gene users laser beam.

And finally the God Tiers like Full Power Heihachi, True Devil Kazuya, Shin Akuma and True Devil Jin for example, are scaling even further above then the Top Tiers, sitting at Mountain level, possibly Multi-Continent level, due to the devil gene users true form increasing their power tenfold. Here is a blog, which contains most of feats in the series.

The hax of the verse includes abilities such as Soul Manipulation(via Absorption), Intangibility, Forcefield Creation, Telekinesis(and Explosion Manipulation through it), Possession, Teleportation, Non-Physical Interaction, Paralysis Inducement and such.

Yoshimitsu
Add a photo to this gallery

Roger
Add a photo to this gallery

Ling Xiaoyu
Add a photo to this gallery

Violet
Add a photo to this gallery

Sergei Dragunov
Add a photo to this gallery

Zafina
Add a photo to this gallery

Shaheen
Add a photo to this gallery