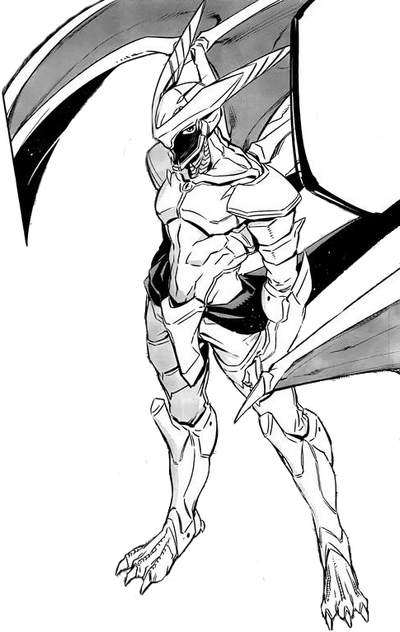 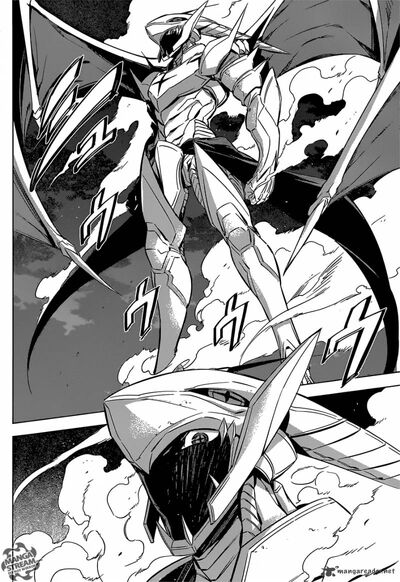 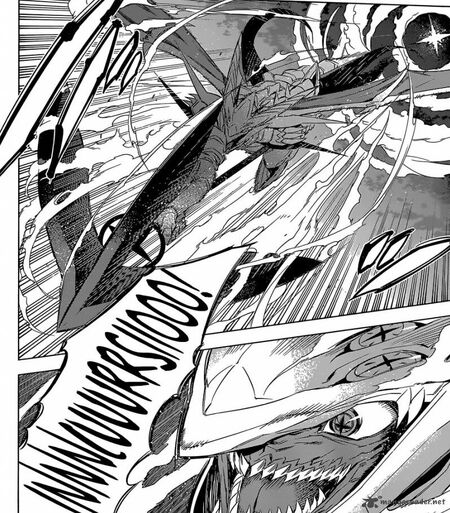 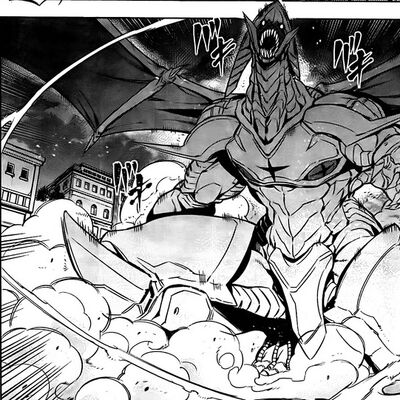 Once an idealistic country bumpkin with dreams of making it big by working for the Empire, Tatsumi is the newest member of Night Raid, the Revolutionary Army's assassination team, after witnessing the depravity the Empire inflicts upon its citizens first-hand. Although he is a skilled swordsman, he still treated as a mere novice for much of his career, but later becomes one of the team's most powerful and reliable members.

Powers and Abilities: Superhuman Physical Characteristics, Expert Swordsman, Expert Hand-to-Hand Combatant, Limited Resistance to Empathic Manipulation and Willpower Manipulation (Could walk and even briefly fight Daidara while under Scream's effects, but evidently exhausted by its influence compared to Bulat and the Three Beasts) | Same with added Invisibility, can summon a full-body armor that enhances his physical prowess, Battle-Precognition, able to suppress his presence from the likes of Esdeath | Same with added Limited Reactive Evolution, Reactive Power Level (Gets stronger the more he fights), Resistance to Cold, Electricity, Poison and resistance to Time Stop | Same with added Flight, Regeneration (Low-Mid; instantly regenerated from having his bones crushed instantly by Shikoutazer when he was in his Evolved Incursio form) | Same | Same | Same | Same, plus Fire Breath and Large Size (Type 1)

Attack Potency: Large Building level (Effortlessly killed a Danger Beast, which is capable of this, traded strikes with a casual BoS Akame, and should be superior to her in her beginnings, fought evenly against base Nyau) | At least Large Building level (Stronger than base. Can only take down an Evil Bird with Incursio equipped. Should be somewhat comparable to Akame at this point, defeated Call of The Fierce God Nyau in two blows after putting on Incursio) | Likely Small City level (Should be in the same league as Akame after his training, fought evenly against Kurome's puppets) | Small City level+ (Can trade blows with Esdeath while the latter was somewhat holding back; said to get stronger as he fights, harmed Budo with his strikes, should be at least on par, if not superior to Bulat with Incursio) | At least Small City level+ (Stronger than his previous form) | At least Small City level+, likely higher (Was capable of making Purge Shikoutazer go on guard, but was unable to do any damage) | At least Country level (Blasted through Shikoutazer's attacks, destroyed its torso without too much trouble, and sliced through his bloodlusted attacks) | At least Country level (Likely considerably stronger than before, Tyrant is the strongest type of Super-Class Danger Beast)

Stamina: Extremely high, can fight even after obtaining severe and life-threatening injuries. Incursio allows him to fight even more as his physical prowess and stamina are increased during use.

Range: Extended melee range with Neuntote. As Tyrant, he can reach tens of meters with both physical blows (due to sheer size) and fire breath.

Standard Equipment: Demon Armor: Incursio, his armor-type Teigu (Has the appearance of a short sword in its sealed form), Neuntote (Only used when Incursio is released)

Intelligence: While initially a greenhorn, Tatsumi is an extremely talented swordsman who was able to dispatch large Danger Beasts with ease long before he joined Night Raid. His skills rapidly blossomed with the help of his fellow assassins, quickly becoming one of its strongest members and going toe-to-toe with experienced killers like the Jaegers and eventually Esdeath herself, who regularly praises him for his growth and potential. As an assassin, he has mastered the arts of infiltration and silent killing and is shown to be pragmatic enough to collapse entire buildings if it means bringing down his target. However, he does all he can for the sake of the people, and thus will try to avoid harming innocents if at all possible, and was naive enough to believe that he could sway Esdeath over to the Revolutionary Army's side for a time.

Weaknesses: None notable | Can only maintain invisibility for a few seconds before tiring out, using Incursio takes a lot out of him | Invisibility has a limited duration, forcing the armor to evolve and using it extensively afterward will lead eventually cause Incursio to consume him.

Note: In a side chapter, Tatsumi seemingly overpowered one of the old geezers who was able to bat Leone away, though it was a surprise attack.

Quickly killing a Danger Beast in his base form

Pulverizing a boulder
Add a photo to this gallery