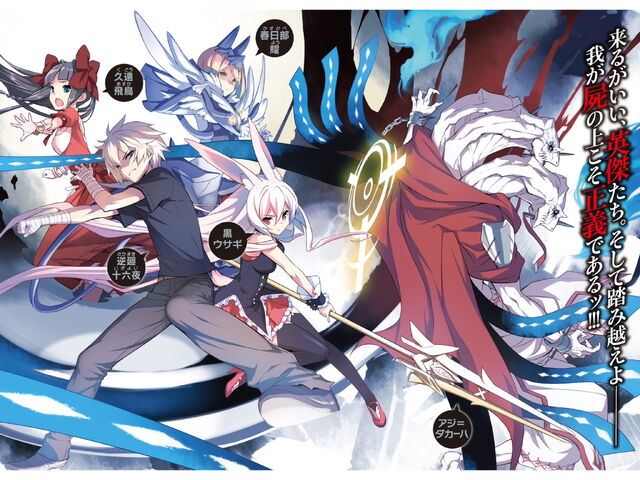 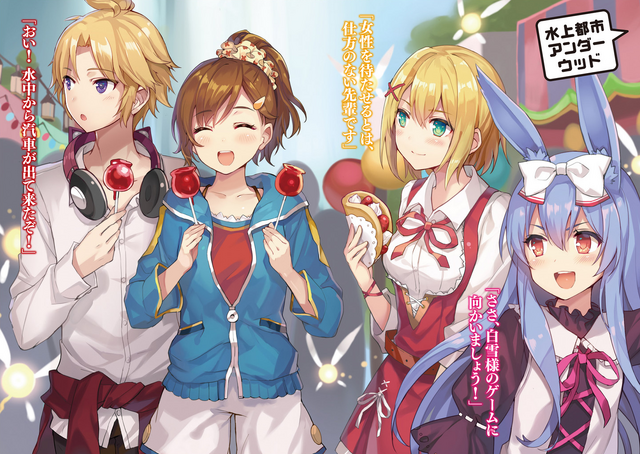 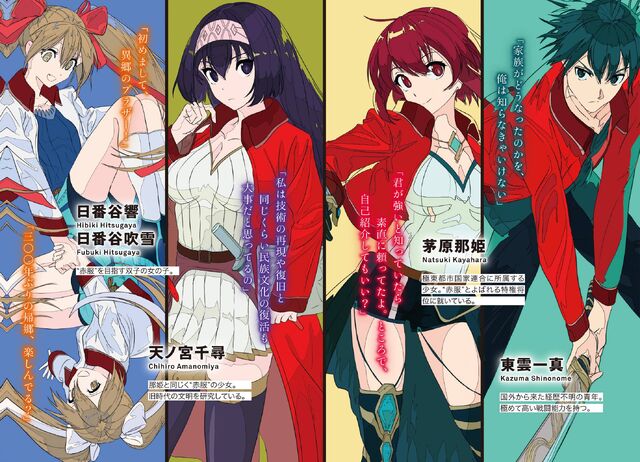 Tarou Tatsuko's verse, or short as Tarouverse, is a series of light novels written by author Tarou Tatsunoko, which including 3 main novels: Mondaiji-tachi ga Isekai kara Kuru Sou Desu Yo?, following up the sequel called Last Embryo and a recent work that released from 2017 served as a stand-alone spinoff, Million Crown.

Follows the story of three extraordinary teenagers, Izayoi Sakamaki, Asuka Kudou, and You Kasukabe, who are blessed with psychic powers but completely fed up with their disproportionately mundane lives—until, unexpectedly, each of them receives a strange envelope containing an invitation to a mysterious place known as Little Garden.

Inexplicably dropped into a vast new world, the trio is greeted by Kurousagi, who explains that they have been given a once-in-a-lifetime chance to participate in special high-stakes games using their abilities. In order to take part, however, they must first join a community. Learning that Kurousagi's community "No Names" has lost its official status and bountiful land due to their defeat at the hands of a demon lord, the group sets off to help reclaim their new home's dignity, eager to protect its residents and explore the excitement that Little Garden has to offer.

The sequel of Mondaiji-tachi, followed up Saigou Homura – a youth holding a “little” unique ability received a single mail. The moment he opened that mail, Homura was summoned to another world! It was a world ruled by the games of Gods and Demons called Gift Games. Homura, who met a lovely usamimi loli Kuro Usagi, has unexpectedly ended up participating in a super large scaled Gift Game!? He, along with Ayazato Suzuka and Kudou Ayato, who were summoned together with him and Izayoi Sakamaki, who he reunited with after 5 years, will challenge the Game of Fighting Gods and Buddhas that even rolled up the real world in it.

Spinoff but shared same universe with Mondaiji-tachi and Last Embryo, takes place in a dystopian future 300 years later, where weather towers, created for prediction and control of nature, went out of control, causing natural disasters to escape from the abysses of hell bit into our world and distorted the shape of the planet. The civilization as we know have been destroyed and humanity is on the verge of extinction, relying on forgotten technologies and living in destroyed cities.

During such era, in “League of the Far-Eastern Cities,” located on Japanese archipelago, a young man has arrived His name – Shinonome Kazuma.

He came here in search of his mother and sister (Shinonome Rikki and Shinonome Idzaye), but instead was forced to fight with monsters, deformed under the influence of the new climate. Gigantic monsters, towers piercing the sky, and twelve crowned races. What is this million of crowns, whom using sheer power surpass humanity’s wisdom? The story of new dawn of humanity begins right here. The begging of the new era can not be stopped.

Due to many volumes of Mondaiji (from vol 1 to 10) have many issues in terms of accurate translation, a respect thead have made in order to fix the errors as well as the feats throughout the volumes. The RT have checked all other translation and the Japanese scans itself, for at least 3 years to complete the feats. Hence the Mondaiji verse here will using exact same info from the thread and make a full explaination blog for it.

Creditted to Mugen no Setsuna for making the Respect Thread.

The prime representatives are Strongest Species. The 4th Poets can erode universes just by singing, collect and change infinite amounts of universes. Pure-blooded Dragons are gigantic creatures beyond comprehension that can carry entire worlds and embodiment of whole cosmologies themselves. Divine Spirits are existences that existed before and established all things. Killing a Star Spirit required an attack that can at least erase infinite worlds at once or it would be impossible. Demon Kings are the natural disasters in Little Garden, depends on each Digit that some of them can change eras or causing Paradigm Shift - the event which make a major change on multiversal scale or other parallel universes.

5-Digit like Black Death Demon King required a strike which could destroy stars in order to defeat her. However she can make Paradigm Shift to get significant power-up.

The 4-Digit (Divine Domain) are the upper level with greater strength far from 5-Digit with many multiversal feats. Example: A Demon King like Maxwell can trigger a Paradgim Shift, Leticia in Solar Dragon form is the embodiment of humanity's cosmology, Kouryuu can ascend his body in to the level of Star Spirit, etc......

The 3-Digit (Almighty Domain) are living Brahman who responsible for the creation World of Little Garden and everything of Heaven and Earth, descending with their true form would be a huge disaster to the lower layers or the outer universes (each universe can only withstand 3 Gods at most). They could manipulate whole Creation and Akashic Record at will if it wasn't for the "Omnipotence Paradox" and End Emptiness that sealed most of their power. All 3-Digit Pantheons possess "Another Cosmology", a secret technique of to construct their pantheons by worlds - universes.

Last Embryo gave another huge boost for the 3-Digit, as to them infinite branching of multiverses are nothing but smaller than particles. And this is when they can only use 50% of their true power.

The 2-Digit (Full Authority Domain) are the prototypes of Brahman, not only they completely lack any restriction of the 3-Digits like "Omnipotence Paradox", but each of them is possibly also stronger than the combined might of the entire 3-Digit.

The 1-Digit also known as the most Ancient Demon Lords aka Last Embryo, they are the most powerful beings and the true destroyer that could annihilate gods, Little Garden along with mankind.

For more informations about the verse, you can read explaination blogs below: 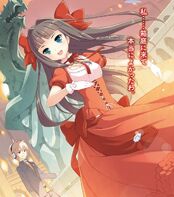 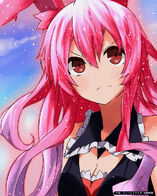 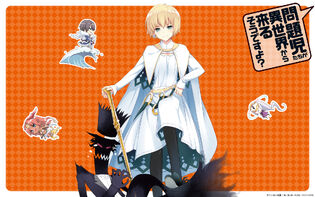 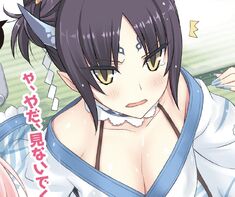 Nanami
Add a photo to this gallery 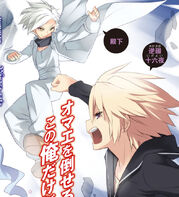 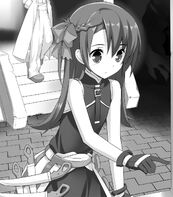 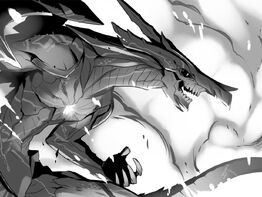 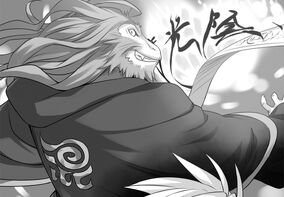 Kurma
Add a photo to this gallery 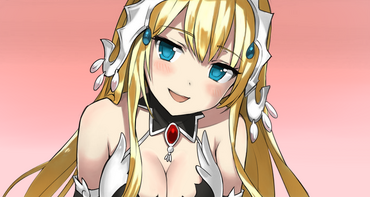 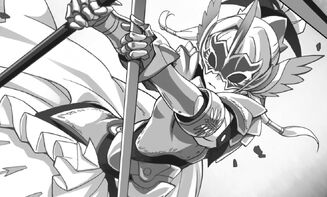 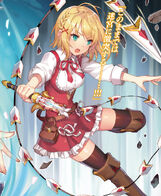 Asterius
Add a photo to this gallery

Shiroyasha
Add a photo to this gallery 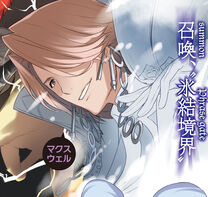 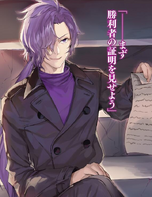 James
Add a photo to this gallery

Roc Demon King
Add a photo to this gallery 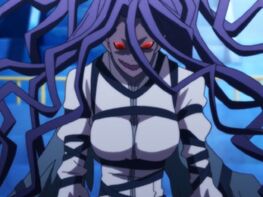 Laius Perseus
Add a photo to this gallery 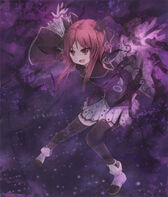 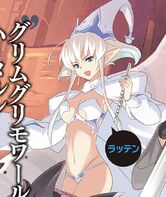 Ratten
Add a photo to this gallery 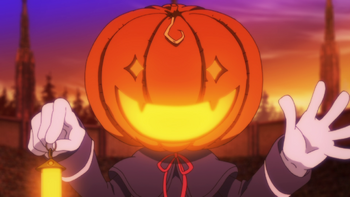 Willa the Ignis Faatus
Add a photo to this gallery 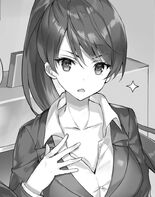 Bishamonten
Add a photo to this gallery 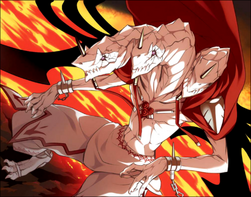 Azi Dahaka
Add a photo to this gallery

Beasts of the End 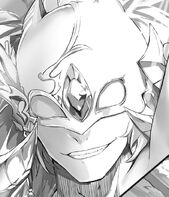 Typhon
Add a photo to this gallery