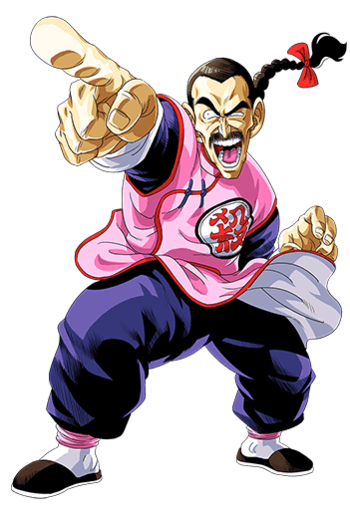 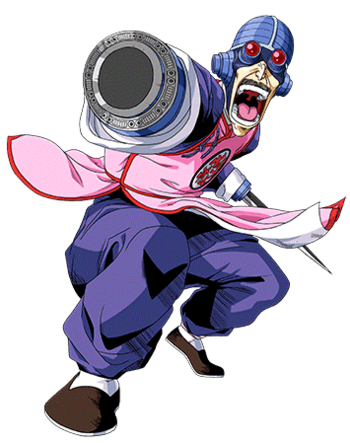 Mercenary Tao (桃白白 or タオパイパイ, Tao Pai Pai) is an antagonist in the Dragon Ball manga, and the anime Dragon Ball, also making two filler appearances in Dragon Ball Z. He is a highly skilled assassin-for-hire, as well as the younger brother of Master Shen. He charges a hefty price for his expert services, as he normally charges ten billion Zeni per kill, but gave Commander Red a 20th anniversary discount of five billion Zeni (fifty million in the Japanese version).

Attack Potency: City Block level (Fractured General Blue's skull with his tongue who previously survived the crash of his plane at the side of a mountain at full speed, later almost killed Goku with his Dodonpa, the latter was saved by his Grandpa's Dragon Ball) | At least City level+ (Slightly superior to King Piccolo and capable of only slight damage on Tien)

Speed: Hypersonic+ (Stated that a jet would take too long and opted for alternate means of travel by throwing a pillar that traveled 2300 km in less than 30 minutes and caught his own pillar after he threw it) | At least Hypersonic+

Durability: City Block level (Tanked Goku's Kamehameha, which punched through an underwater hill, but is significantly less if he is hurt) | At least City level+

Stamina: Very high. He possessed enough stamina to battle with Goku and then run up Korin's Tower in their second encounter.

Intelligence: Mastery of various martial arts techniques and skills, years of experience fighting both powerful and diverse enemies who have various abilities and powers. Is a combat/tactical genius for the most parts.

Weaknesses: Tao is extremely arrogant, he was nearly killed by his own grenade | Outclassed by his own student Tien, as well as being truly terrified of both Goku and his kin.

Killua Zoldyck (Hunter x Hunter) Killua Zoldyck's Profile (Note: Speed was equalized. Both were at their 8-B versions)