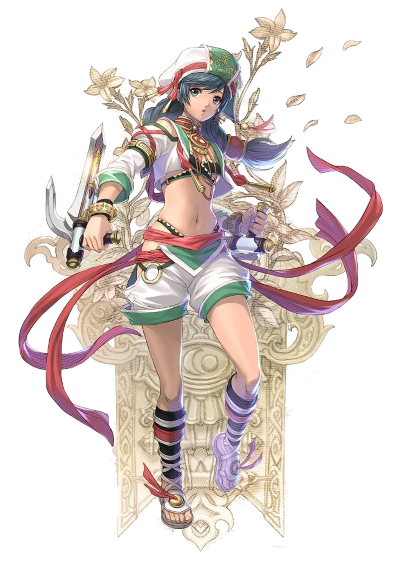 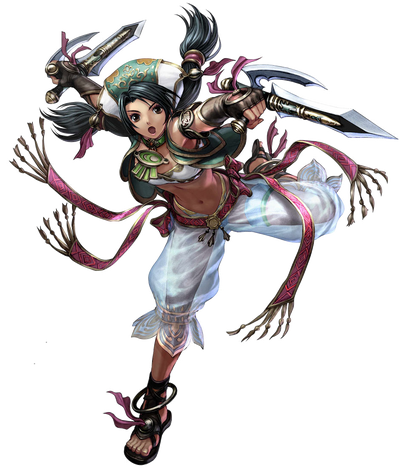 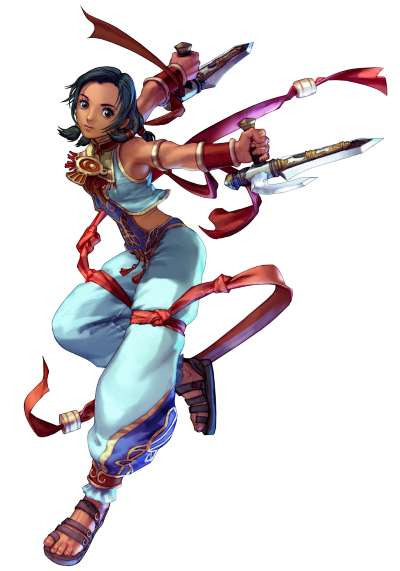 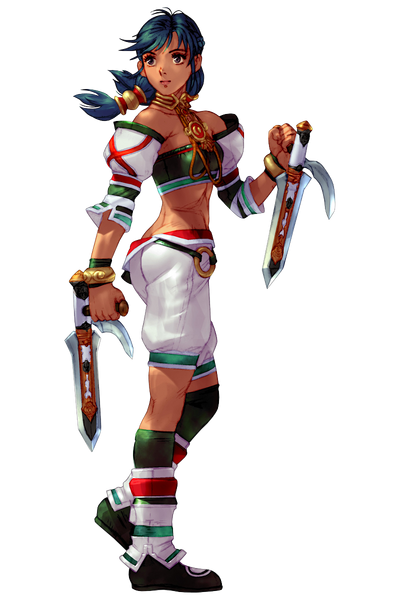 Talim is nicknamed The Last Priestess of the Winds, and true to that nickname, has the power to sway the wind and relies on earth's nature to guide her in her adventures, and most importantly in battle. She fights with dual Elbow Blades, and as said earlier, uses her advantage of wind control to give her an unpredictable edge during combat, being able to hop around and over the opponent at any moment.

Name: Talim, "The Last Priestess of the Winds"

Attack Potency: At most City level (Comparable to Seong Mi-na) | Large Town level (Should be comparable to Mi-Na)

Intelligence: Above Average (Talim has shown to be very intelligent, both in book smarts and battle smarts)

Weaknesses: Talim is very much a pacifist and overall prefers not to fight.

Note: Many of Talim's abilities come from the various weapons she can equip. As such, in battle the creator should specify what weapon(s) she is allowed to have.