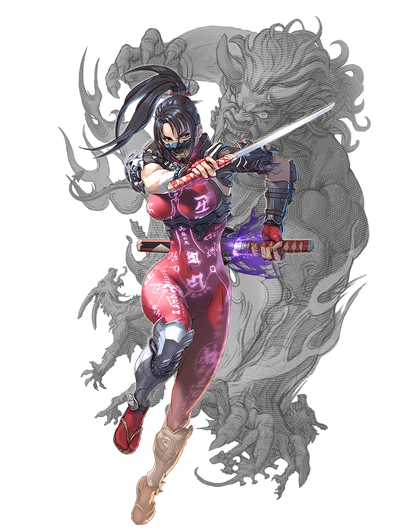 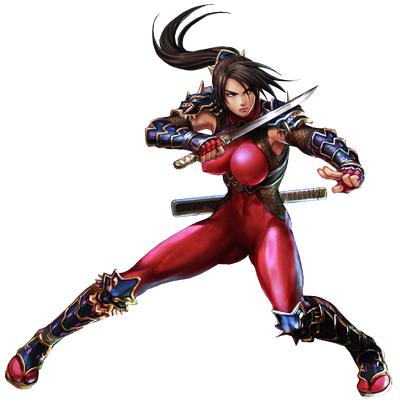 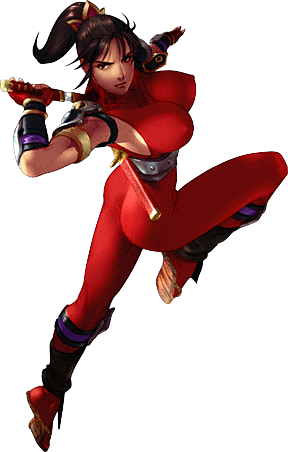 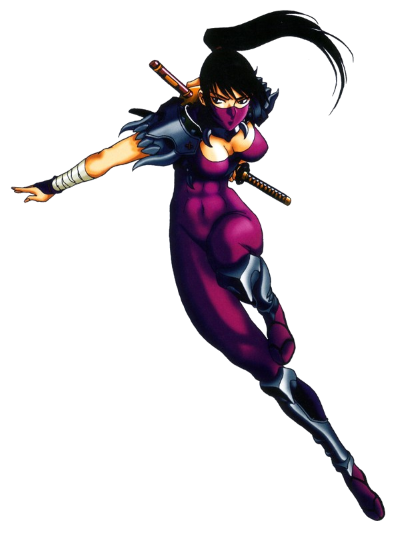 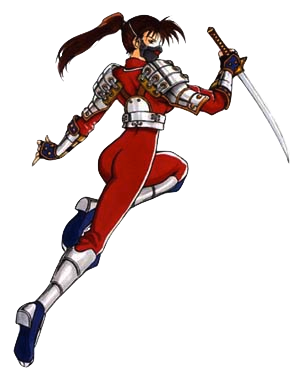 Taki is a fictional character designed for the Soul series of fighting games, making her debut in the first game of the series, Soul Edge (Soul Blade). She has thus far appeared in all the following games with the exception of Soulcalibur V, in which she was replaced by her student Natsu, who is now searching for her master.

What lies in her soul is Honor.

Name: Taki, "The Hunter of Darkness", "She Who Seals Off Evil", "Partial Shadow of Demon Sealing ", "Sealed Sword of Godspeed", "Fu-ma's Shadow"

Age: 22-46 (Gets older through different games)

Powers and Abilities: Superhuman Physical Characteristics, Teleportation, Energy Manipulation, Self Duplication(x3), Fire Manipulation, Sealing, Explosion Manipulation, Forcefield Creation, Regeneration (Low) via Gaea Sword, Non-Physical Interaction with Kagekiri (Can cut even shadows), Deals more damage against demons with Fu-Ma Kugi , Limited Durability Negation with Kris Naga, Life force Draining with Kagenui | All Original Timeline abilities minus weapon abilities, Can immobilize opponents, Poison Manipulation with Assassin's Dagger, Statistics Amplification with Soul Charge, Resistance to Mind Manipulation and Madness Manipulation (Is able to pull out shards of Soul Edge from Sophita without even remotely be affected. She is also able to be around the same evil energy that turned her master Toki mad, and be unaffected)

Speed: Superhuman with Supersonic+ reactions and combat speed (Comparable to Mitsurugi and seemingly outran an explosion in Soul Blade) | Unknown

Note: Many of Taki's abilities come from the various weapons she can equip. As such, in battle the creator should specify what weapon(s) she is allowed to have.