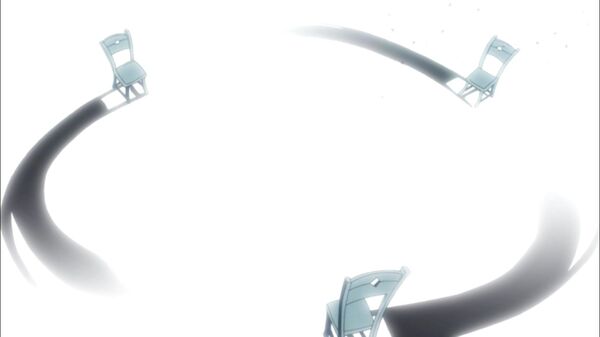 Takamagahara System was the Supreme Program, that humanity arrived to and its aim was the management of the Boundary. It consisted of three Observers called TA, TB and TC. Takamagahara was based on the data that was collected when the original Boundary Interface Prime Field Device became the Eye of the Azure.

Gender: Two males and one female

Superhuman Physical Characteristics,Self-Sustenance (type 1, 2 and 3 [lacks the need for sustenance due to being AIs]), Intangibility (Scales from Amane, who was able to phase through Valkenhayn's strikes due to his nature as an Observer), Immortality (Type 1 and 5 [Due to being observers, they cannot die from conventional means]), Acausality (Type 1 [Is unaffected by the effects from a Phenomena Intervention, which can reset an entire timeline]), Phenomena Intervention (It can create Phenomena Interventions), likely Statistics Reduction, Poison Manipulation, Madness Manipulation, and Biological Manipulation (Is stated to control the flow of the boundary, which is filled with Seithr), Space-Time Manipulation (Has control over the loop of Space-Time)

Resistant to the Following: Pain Manipulation (Scales from Rachel, who was able to withstand Hazama's pain inhibitors that would kill a person ten times over due to her being an Observer), Poison Manipulation, Madness Manipulation, Biological Manipulation, and Statistics Reduction (Everybody can resist Seithr to some extent which is poisonous, can induce addiction and deteriorate bodies, as well as reducing the power of others), Power Nullification (Is able to use its powers despite Kushinada's Lynchpin being activated), Phenomena Intervention (Can resist phenomena intervention)

Attack Potency: Multiverse level+, likely Low Complex Multiverse level (Is made with the sole intent of being the replacement for the Master Unit, is capable of resetting an entire timeline for an infinite number of times). Able to ignore conventional durability with Phenomena Intervention.

Speed: Immeasurable (Shouldn't be far too below the likes of Master Unit: Amaterasu)

Range: Multiversal+, likely Low Multiversal (Is stated to have comparable power to Amaterasu, despite being inferior)

Intelligence: Nigh-Omniscient (They observe every timeline and possibility within those timelines.)