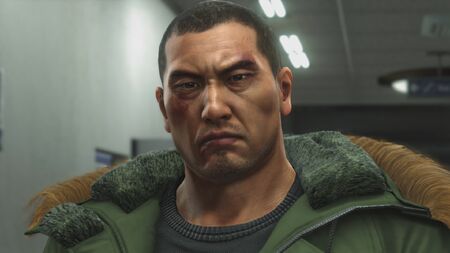 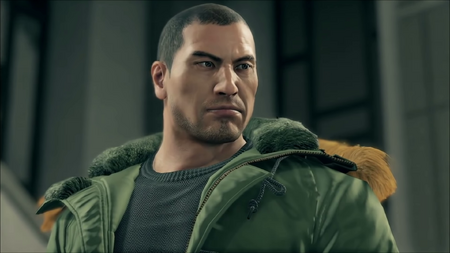 Taiga Saejima (冴島 大河, Saejima Taiga) is one of the main playable protagonists of Yakuza 4 and Yakuza 5. He is a former member of the Sasai Family of the Tojo Clan and later patriarch of his own family.

He became a legend amongst yakuza for carrying out the 1985 Ueno Seiwa massacre, in which eighteen key members of the organization were slain. He is also the sworn brother of Goro Majima.

Powers and Abilities: Superhuman Physical Characteristics, Superhuman Speed, Martial Arts (Pro Wrestling), Regeneration (Low, healed from frostbite), Able to use a variety of weapons to great effect, Shockwave Inducement (Via Tiger Essence of Shockwave), Power Mimicry (Via Revelations), Stealth Mastery (Silently kidnapped a yakuza patriarch in front of an entire crowd without them noticing), Incredibly-skilled sculptor (Can make highly-detailed statues of his combat moves), Resistance to Extreme Cold (Rapidly recovered from the effects of frostbite without any damage to his tissues and went back into the cold)

Attack Potency: Small Building level (Broke massive granite rocks with a casual punch while severely weakened, on par with Kiryu, won against Majima twice. Can also fight against himself and used the IF-7R to copy the abilities of Akiyama, Tanimura and Kiryu, including those of his foes. Easily defeated Jiro Amon twice)

Speed: Subsonic movement speed with Hypersonic combat speed and reactions (Easily kept up with Kiryu while malnourished and badly beaten from his abuse at prison, also had no problems keeping up with Majima in the same state, and can perform the same exact speed feats as them, as well as fight against Jiro Amon. Can create blurs just by performing basic combat maneuvers)

Lifting Strength: Class 5 (Comparable to Kiryu and can replicate the same feats as him. Can also rip out electric boxes and toss around motorbikes much like Beast Mode Kiryu. Easily overpowered a bear that destroyed entire houses with its tackles and was noted to be 3 meters in length. Ripped apart a gigantic metal pipe, later swinging it around like a club. Can rip out pole signs. Lifted a big metal prison bed and threw it several meters. Can casually send human beings flying several tens of meters. Completely stopped a car charging at him at top speed without even trying and while being caught off-guard and briefly managed to keep it from accelerating further before letting go. Should be comparable in strength to Jiro Amon and his brothers, who can casually swing around sledgehammers and wield demi-cannons with their bare hands)

Durability: Small Building level (Unharmed by punching massive rocks and can take hits from himself, and also survived said rocks smashing into him at top speed. Casually stopped a charging car with his bare hands without any injury. Can take hits from Kiryu, Majima and other people of comparable power, like Jiro Amon)

Stamina: Incredibly high (Survived being brutally assaulted in prison for years at a time, and not long after his escape, he managed to survive getting washed ashore to Okinawa and dueling it out with Kiryu and almost stalemating him. Fought and defeated bare-handed severals yakuza members at once without tiring. On par with the likes of Kiryu and Majima in terms of endurance)

Standard Equipment: Wooden logs and chisel (To make wooden sculptures of Revelations he sees). Temporarily used a shotgun while in the mountains

Intelligence: Highly skilled fighter and wooden sculptor, Above Average otherwise (Had it not been for poverty, he would have chosen to become a schoolteacher within a year or two after finishing school)

Notes: Not to be confused with Taiga Fujimura, Taiga Aisaka, Taiga from Digimon or Taiga Hanaya. 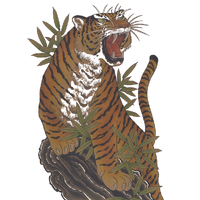 Retrieved from "https://vsbattles.fandom.com/wiki/Taiga_Saejima?oldid=6600916"
Community content is available under CC-BY-SA unless otherwise noted.