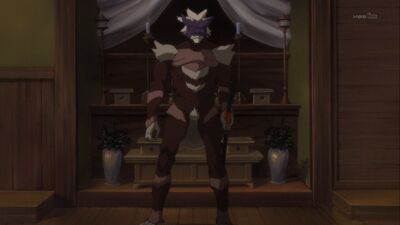 Tadayoshi Kisaragi (更衣唯芳, Kisaragi Tadayoshi) is the father of Saya and the priest of the shrine in which they reside.

Speed: Subsonic+, likely Supersonic (Landed numerous hits on Saya who can react to and dodge bullets[1])

Intelligence: He is very wise and thoughtful, cares for Saya greatly and helps her with her training, has knowledgeable workings on anything associated with the Old Ones

Weaknesses: Is being controlled

Overwhelmed Saya with his speed.[10]

The hybrids are the result of the mating of a Furukimono with a human being. So far only two hybrids have been seen in Blood-C:

Saya: The protagonist of the story owes her unique abilities (self-regeneration, superhuman strength, agility and speed) to carry in her veins both the blood of an Ancient (what gives her her power) and a human being (to whom she owes her appearance). While it is not something that has ever been 100% clear, it is very likely that her mother was the Furukimono and her father a simple human.

Tadayoshi: The first male hybrid seen in the entire BLOOD universe. It is unknown who of his parents was an Ancient (it could have been his mother or his father), but Fumito states in the last episode that in fact "he is equal to Saya", as Tadayoshi himself implies to the girl after.

The hybrids are, according to a statement by Fumito: "Beings with a human appearance, but with powers that surpass them". The only notable difference that would differentiate them is the fact that when they are born as a hybrid, they do not possess "special abilities" (throwing acid, flying, multiplying, etc.) as can be seen in other pure-bred Furukimonos. 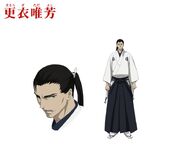 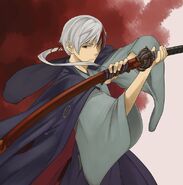 The Last Mind
Add a photo to this gallery