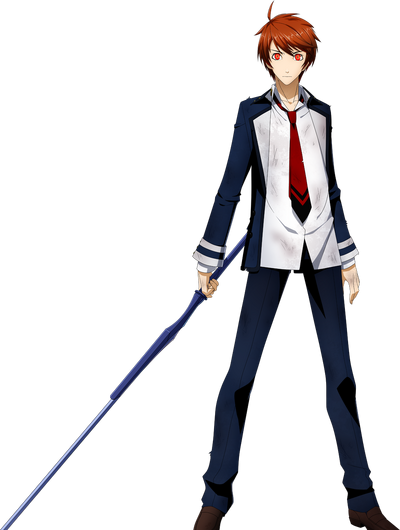 Tōya Kagari is the main protagonist of XBlaze – Code: Embryo and the true deuteragonist in XBlaze – Lost: Memories. He was the former wielder of the Legacy Weapon, Crystalline Sealed Blade: Murakumo, and is an artificial human born from the Original Grymoire.

Attack Potency: City level (The Black Beast's appearance alone is able to consume the entirety of New Yokozaki with a powerful storm and he has access to its full power using XBlaze). Able to ignore conventional durability in variety of ways.

Lifting Strength: Class 1 (Superior to Union who can pick up electric tower)

Weaknesses: Is a pacifist, though this isn't case anymore during Lost Memories.

Retrieved from "https://vsbattles.fandom.com/wiki/T%C5%8Dya_Kagari?oldid=5882741"
Community content is available under CC-BY-SA unless otherwise noted.