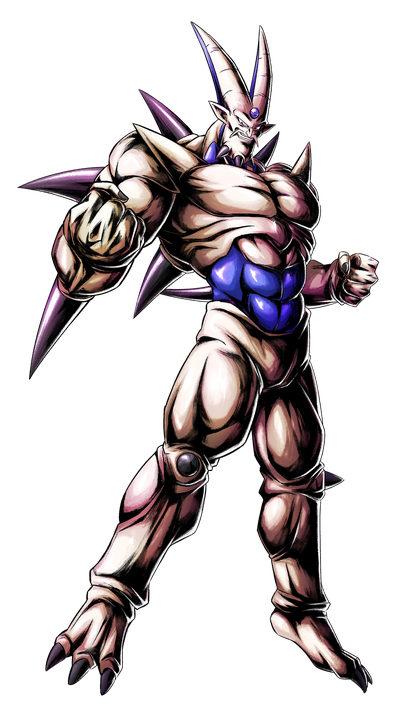 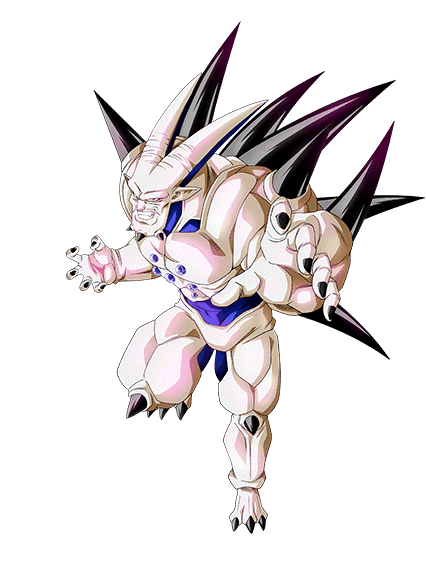 Age: 28 years old (Was born from the wish to revive all those Frieza killed on Namek, which took place in Age 762 while the Shadow Dragon Saga takes place in Age 790)

All previous abilities, Can form invisible barriers, Body Control, Shapeshifting, Illusion Casting, Afterimage Creation, Air Manipulation, Electricity Manipulation, Energy Manipulation (He can control negative energy), Explosion Manipulation (Via Blazing Storm), Fire Manipulation, Water Manipulation, Ice Manipulation, Poison Manipulation, Weather Manipulation and Environmental Destruction (His energy caused this), Absorption (Can absorb any living beings and gain their abilities), Statistics Amplification (By absorbing electricity) and Attack Reflection, Corrosion Inducement (via the Minus Energy), Resistance to Heat, Immortality (Types 1, and 3), Regeneration (Low-High; regenerated from chunks of slime after being blown apart by the Dragon Fist and can reform from the Dragon Balls when he fires them into someone's body)

Attack Potency: Multi-Galaxy level+ (Thrashed a blind Super Saiyan 4 Goku before he received a powerup from his friends, easily killed Nuova Shenron) | Universe level (Stated to be ten times (perhaps even more) stronger than before. Is at least equal in power to Black Smoke Shenron, who immediately destroyed the galaxies surrounding his home world upon his birth, and his attack potency should scale from his own durability. With the Minus Energy Power Ball, he can quickly gather the entire combined minus energy of the Evil Dragons and the Dragon Ball and heavily condense it into one sphere of energy which possesses enough concentrated negative power to destroy the entire universe, including the Kaioshin Realm, which is located outside the living world)

Stamina: Very high | Extremely high (Could fire several of the Minus Energy Power Balls without getting tired)

Intelligence: Syn Shenron is an incredibly cunning and pragmatic fighter who works to prevent his opponents from getting any advantage over him, using his powers creatively to escape harm and survive.

Weaknesses: Syn Shenron is quite arrogant. | A strong enough attack can cause him to regurgitate the Dragon Balls and return to his base form, though he can easily reabsorb them.

Ki: The fighting power and life force of a martial artist, a tangible energy derived from the user's vigor, courage, and mind. It can be used in a number of ways, such as to surpass the limits of one's body to greatly increase in strength, and it can be fired as blasts of energy or used to create defensive barriers. Born from the immense amounts of negative energy created by Mr. Popo's wish to resurrect all those Frieza killed on Namek, Syn Shenron is the most powerful of the seven Shadow Dragons.

Dragon Ball Absorption: By consuming the other Dragon Balls, Syn Shenron can transform into his Super Shadow Dragon form, known as Omega Shenron, gaining a huge boost to his power and the abilities of his fellow Shadow Dragons. Even if he doesn't absorb all of them, he'll still assume the form, just weaker. If he is significantly damaged by an attack, it can cause him to regurgitate the Dragon Balls and return to his base form, though he can easily reabsorb them if given the chance.

Note 2: We consider Omega's feat of destroying the entire universe overtime applicable to his Attack Potency due to this explanation blog on the matter.