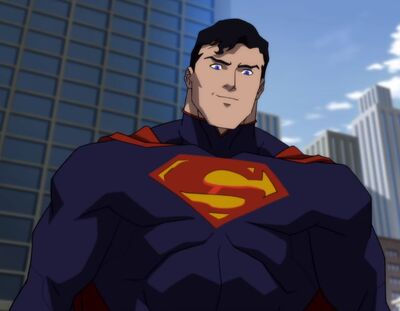 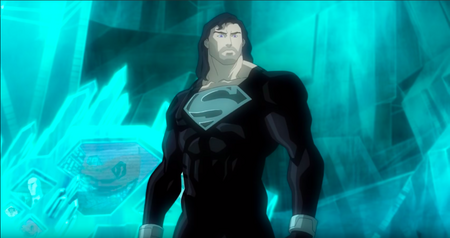 Kal-El is the last survivor of the planet Krypton. When Jor-El and Lara learned that Krypton was doomed and going to be destroyed, they sent away baby Kal in a rocket, aimed towards Earth where they knew their son would be strong under the yellow sun. The rocket landed in Kansas, where Kal was discovered and adopted by Jonathan and Martha Kent, and given the name of Clark Kent. After he got a job as a reporter at the Daily Planet newspaper, he became the superhero known as Superman and a founding member of the Justice League.

Attack Potency: Small Town level (Can fight against beings who can harm him, making his attacks far superior to the force of the explosion he tanked with ease. Can harm Weather Wizard when he was possessed by Trigon who withstood an explosion stated to be at least a 3 kiloton impact)

Speed: Massively Hypersonic+ (Broke the Flash's leg when he was possessed, the Flash moves this fast when serious)

Striking Strength: Small Town Class (His punches can hurt the likes of Doomsday who can tank hits from multiple members of the League)

Durability: Small Town level (Casually contained this in his hands without damage. Withstood impacting into the ground with enough force to create a crater this big whilst weakened by Kryptonite)

Stamina: Very high, was able to fight Doomsday despite getting weaker throughout the fight. Mustered enough force to snap Doomsday's neck, killing him, while in a near-death state.

Intelligence: Genius. He is smarter than most members of the League who can outsmart Darkseid despite him being a master strategist.

Weaknesses: Kryptonite, Magic (Was knocked out by Orm's lightning in one hit). In the beginning of the DCAMU, he was rather cocky and hot-headed, but quickly mellowed down as the verse continued.