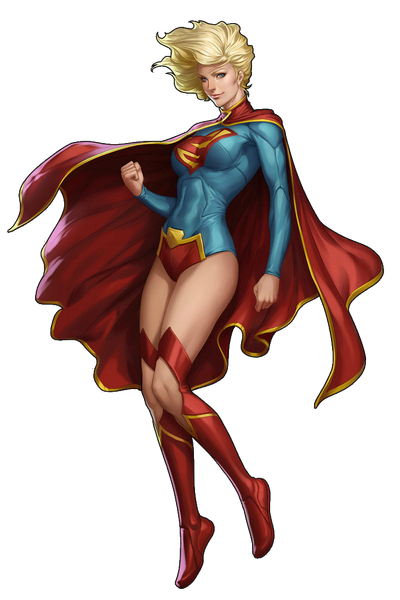 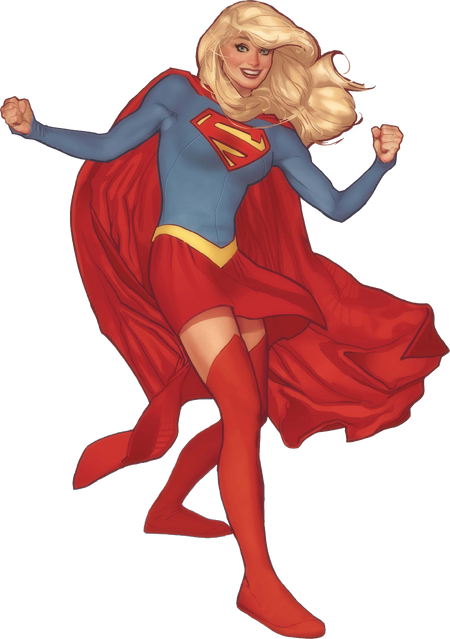 Supergirl is a fictional superheroine appearing in comic books published by DC Comics and related media. The character was created by writer Otto Binder and designed by artist Al Plastino. Going by the real name Kara Zor-El, Supergirl is the biological cousin and female counterpart to DC Comic's iconic superhero Superman, created by writer Jerome Siegel and designed by artist Joseph Shuster.

The Supergirl character first appeared in a story published in Action Comics #252 (May 1959) titled "The Supergirl from Krypton". Since the character's comic book debut, Kara Zor-El's Supergirl has been adapted into various media relating to the Superman franchise, including merchandise, television, and feature film. However, during the 1980s and the revolution of the Modern Age of Comics, Superman editors believed the character’s history had become too convoluted, and desired to re-establish Superman as "The Last Son of Krypton". Supergirl was thus killed during the 1985 limited series Crisis on Infinite Earths and retconned out of existence. In the decades following Crisis, several characters unrelated to Superman used the alias "Supergirl".

Kara Zor-El re-entered mainstream continuity in 2004 when DC Comics Senior Vice President and Executive Editor Dan DiDio, along with editor Eddie Berganza and comic book writer Jeph Loeb, reintroduced the character in the Superman/Batman storyline "The Supergirl from Krypton". The title paid homage to the original character’s 1959 debut. As the current Supergirl, Kara Zor-El stars in her own monthly comic book series. With DC's 2011 relaunch, Kara, like most of the DC Universe, was revamped. Until early 2015, when the title was cancelled, she featured in her own series Supergirl, as well as related comics like Superman. DC will relaunch the Supergirl comic series in August 2016 as part of their DC Rebirth initiative.

Speed: FTL (Could keep up with Barry Allen when he is holding back) | Massively FTL+ (Inputed a few quintillion lines of code in a fraction of a second. Comparable to Rebirth Superman)

Stamina: Limitless (While under a Yellow or Blue Sun), otherwise Extremely High

Intelligence: High, Received some form of combat training on Krypton and defeated a dozen clones of herself using her martial art skills as she was almost out of power under a red sun