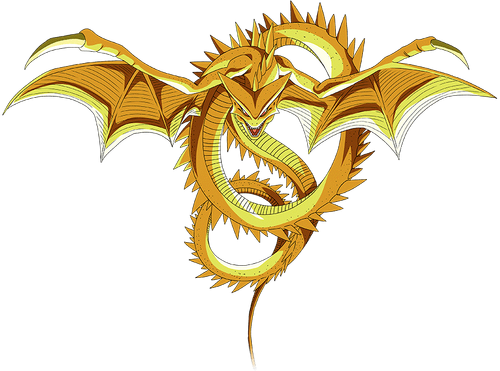 Super Shenron (スーパーシェンロン, Sūpā Shenron) is the magical and gigantic dragon who comes forth when the Super Dragon Balls are gathered.

Tier: At least 3-B physically. 2-C via granting wishes.

Name: Super Shenron, The Dragon of the Gods

Speed: Massively FTL+ due to how large he is

Range: At least Intergalactic by his size. Low Multiversal via granting wishes.

Weaknesses: Super Shenron can only grant one wish at a time and the wish to be granted in question must be spoken in a specific language (Literally the language of the gods).