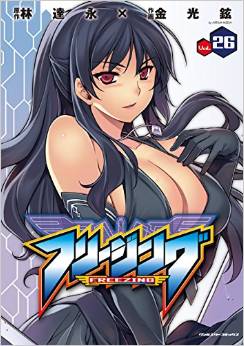 Su-Na Lee is a Pandora and was formerly the strongest active-duty soldier of the Chevalier. She held the rank of First Lieutenant until she rose in rebellion alongside Gengo Aoi against the Chevalier. She is also the appointed leader of the new Anti-Nova strike-force: Platoon 13.

Plasma Weapon: Su-Na's weapon is a mid-handled blade, very similar to Satellizer's, albeit much larger. Unlike Satellizer, Su-Na forms a second copy of her weapon and dual wields the pair.

During her tenure as a Pandora, Su-Na has proven to be an incredibly powerful Pandora with enormous amount of raw natural talent. As a West Genetics student, Su-Na's talent allowed her to quickly master High End Skills, and matched with a savage battle strategy, become the top ranked of her class, ultimately striking fear by her classmates as a result. Upon joining the Chevalier, Su-Na became the strongest active duty cadet before her defection under Gengo.

In addition to regular Stigmata, Su-Na is compatible with Plasma Stigmata, being equipped with five [FN 2], which are stronger and more stable than the Busters'; she is also compatible with Legendary Stigmata, whose purity is closest to Maria Lancelot's Stigmata, which would consume almost any other Pandora, further demonstrating Su-Na's abnormality among fellow Pandora as well as her incredible potential. Su-Na is one of the few Pandora able to hear a signal that is projected by the Stigmata.

During the 11th Nova Clash, Su-Na demonstrated great strength by severing the arm of a Nova with a single strike.

Su-Na was fast enough to block an attack from a Plasma Stigmata empowered Isuzu Sawatari, though her weapon was damaged as a result. 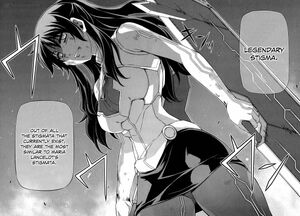 Retrieved from "https://vsbattles.fandom.com/wiki/Su-Na_Lee?oldid=4125430"
Community content is available under CC-BY-SA unless otherwise noted.