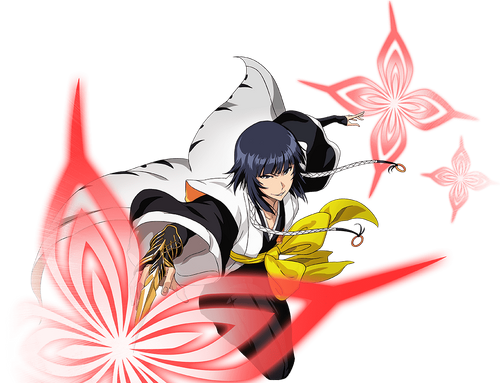 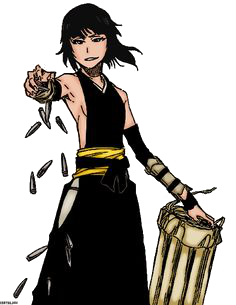 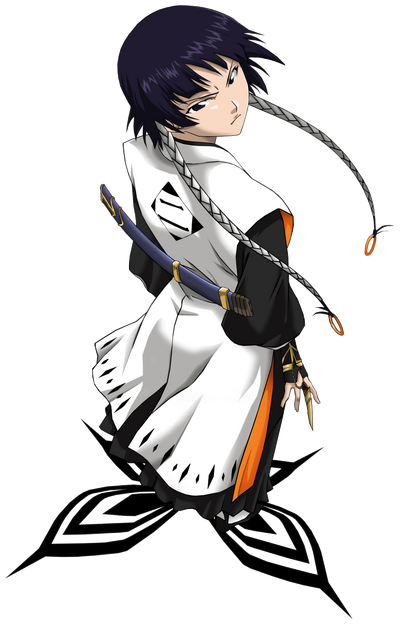 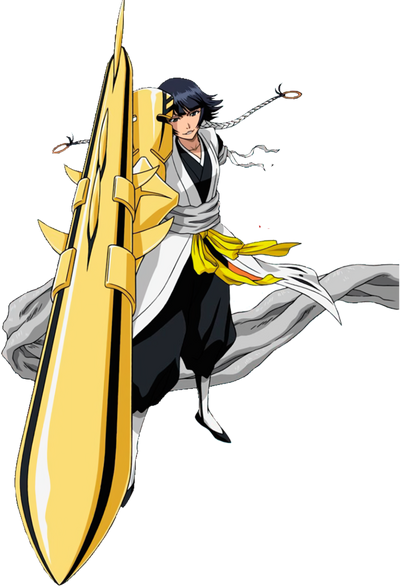 Suì-Fēng (砕蜂 (ソイフォン), Soifon) is the commander-in-chief of the Onmitsukidō and the captain of the 2nd Division in the Gotei 13. Her lieutenant is Marechiyo Ōmaeda. She boasts one of the highest speeds as a captain and is pretty deadly in close combat.

Classification: Shinigami, Captain of the 2nd Division, Commander of the Onmitsukidō, 9th Head of the Fēng Family

Powers and Abilities: Superhuman Physical Characteristics, Master Hand-to-Hand Combatant, Adept/Expert Swordsmanship, Spiritual Awareness (Can see invisible spirits and objects), Extrasensory Perception (Can sense beings with Reiatsu), Longevity, Stealth Mastery, Can take her reiryoku and exert it as reiatsu, Statistics Amplification (Can use Shunpo to boost her speed), Afterimage Creation (With Shunpo), Dimensional Travel (With Senkaimon), Pseudo-Flight, Poison Manipulation (With Shikai), Explosion Manipulation (With Bankai), Air Manipulation (With Shunkō), Paralysis Inducement (With Bakudō 30), BFR (Shinigami can transfer the souls of the dead to either Soul Society or Hell depending on the deeds they've committed when they were alive with their Zanpakuto), Soul Manipulation (Shinigami can directly damage souls with their Zanpakutō), Invisibility, Non-Physical Interaction (Can harm and interact with intangible spirits and objects), Overwhelming Aura (Spiritual pressure can passively induce ailments ranging from paralysis to fear inducement), Resistance to Soul Manipulation

Stamina: Very high. Being a captain level Shinigami in her physical prime, Sui-Feng should have no trouble at all fighting for several days without rest and with injuries that would be fatal to even the hardiest of normal humans, such as lost limbs.

Standard Equipment: Her Zanpakutō, Suzumebachi, Ginjōtan (Stripe of Inverted Silver) (A steel sash worn under armor, its contributing weight makes it harder for the wearer to move fast. The tremendous recoil produced by using her Bankai requires that Suì-Fēng be anchored to a nearby stationary object via this cloth-like material)

Intelligence: As Commander of the Secret Mobile Corps and captain of the 2nd Division, Suì-Fēng is a capable leader. Suì-Fēng has repeatedly proved herself to be insightful and crafty, capable of quickly understanding any situation that presents itself and adjusting to it effectively. Suì-Fēng has an innate skill to determine what actions should be taken in battle. The tactics she employs are based on subterfuge and confusion. She is adept at luring her opponents into a false sense of security and allowing them to underestimate her abilities. A common tactic of hers is to gauge the opponent's strengths and weaknesses in the middle of combat.

Weaknesses: Reluctant to use her Bankai (Stated that it offends her pride as a Covert Ops agent, as "It's too large to hide, too heavy to move, and its attack is too flashy for assassination."), her Bankai has a massive recoil and has a normal limit of firing no more than one missile every three days; doing so more often taxes her noticeably, her Shikai is apparently negated on opponents with (much) higher spiritual power

Bankai: The ultimate and final release to a Zanpakutō. The difference in power between Shikai and Bankai is generally around 5-10 times more powerful. Even though Bankai is the final stage of a Zanpakutō, it does not mean the Shinigami's growth ends there. A Bankai, especially one recently obtained, can evolve even further as its Shinigami gets stronger.

Kazaguruma: A Hakuda technique where one throws their body up into the air and makes a shearing movement with the legs to get one leg in front of the other without holding on to the ground. The move can either be done backwards or sideways, which ends in a devastating kick.

Takigoi: A Hakuda technique where one blocks the kicks of an opponent by trapping the opponent's one foot against the forearm and blocking the other foot with the combatant's foot. The move blocks and traps the opponent, who is then open to an attack from the combatant's free hand.

Akame (Akame ga Kill!) Akame's Profile (Note: This was EoS Base Akame and Pre-Timeskip Suì-Fēng with her Bankai restricted)