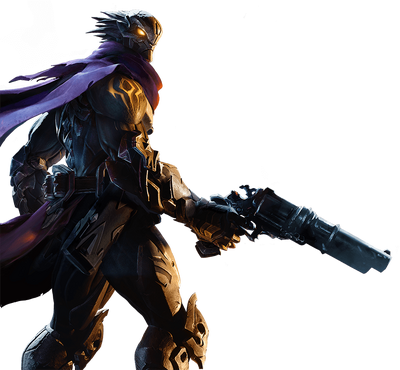 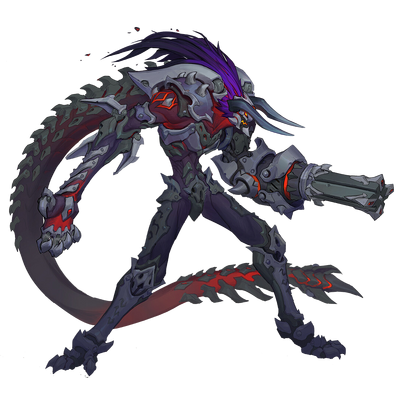 Strife is the co-protagonist of Darksiders Genesis, and a member of the Four Horsemen of the Apocalypse. Witty and sharp-eyed, Strife is the long ranged expert of his brethren, capable of mowing down armies of enemies with his pistols, Mercy and Redemption.

Strife often plays the comedian of his family, making jokes, taunting his enemies and even poking fun at his own comrades whenever he can. He intentionally angers demons such as Samael, and is not above throwing insults for no reason other than laughs. Strife is far more emotional than his brethren as well, and is constantly in question about the rights of his actions, as well as his service to the Charred Council. He is capable of intense moments of maturity, which allow him to connect with his siblings, keeping the bonds that tie them together strong.

Name: Strife, also known as "Rider of the White Horse", "The White Rider", "The Delicate One", "The Outlaw"

Classification: Nephilim, Horseman of the Apocalypse

Speed: Hypersonic (Comparable to Fury, who can react to and dodge Pride's lasers)

Stamina: Very High (Can fight near endless hordes of enemies with no rest.)

Range: Extended Melee range with daggers. Tens of meters with Mercy and Redemption

Standard Equipment: Strife acquires various items and powers to assist him in combat.

Intelligence: Very High (Is comparable to, if not smarter than his brother War. Capable of solving complex puzzles in various dungeons quite easily. Despite his joking attitude, is incredibly mature and knowledgeable about all of Creation, especially after spending an unknown amount of time with the Third Kingdom of Man. Has millennia of combat experience)

Weaknesses: Can have a somewhat short attention span when not serious enough. His special ammunition is not unlimited, unlike his standard shots. His seals prevent him from being at full power.

A staple of all Horsemen, Strife can unleash his Wrath as devastating abilities.

Abilities Strife uses when in the thick of combat.

Strife's powerful gun's are capable of using a wide variety of ammunition, one able to hold a completely different type than the other, granting him a deceptively large amount of variety.