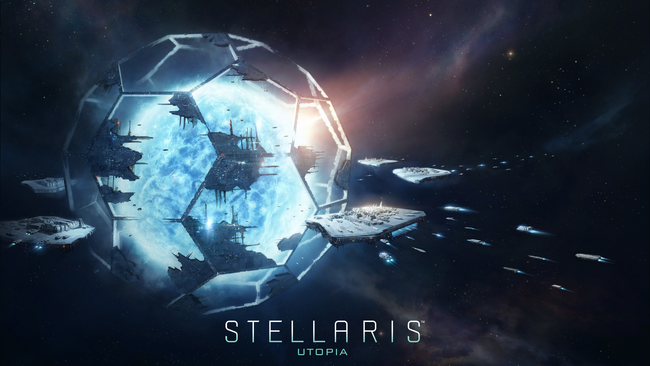 Stellaris is a relatively simple Grand Strategy Sci-Fi game where you play as a custom (or pre-set) empire and develop your way to the most powerful nation in the galaxy.

Stellaris is immensely strong for the genre.

The Guardians are exceptionally powerful, and push the series into large star level.  The series has some decent hax such as Durability Negation, Matter Manipulation both for offense and defense, Mind Attack, Adaptation, Biological Manipulation to create supersoldier for combat purpose, MFTL+ Travel, 4th Wall Awareness, and the ability to weaponize 5-Dimensional energy on a lower dimensional plane. The Shroud is described as being "Where everything began", implying it is the source of the multiverse. In addition, the mysterious hunters have been stated to be capable of "scouring all creation". Last but not least, the player is a canon part of the game who canonically created the entirety of Stellaris solely for his amusement.