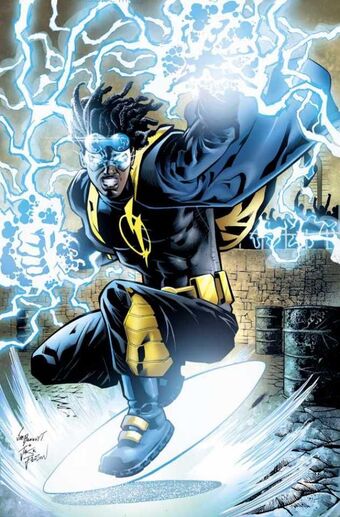 Virgil "Static" Hawkins was exposed to a mutagenic gas that swept his city of Dakota, which gave him and other 'bang babies" superpowers. With the ability to control electromagnetism, Static joined the Teen Titans and continues to protect his city while serving on the team.

Attack Potency: Building level (Has overwhelmed and defeated Ravager in a fight)

Speed: At least Massively Hypersonic (Even with her precognition, Ravager could just barely stay a step ahead of him)

Intelligence: Above Average. Often has to use his powers in creative ways and apply scientific principles to better control his electromagnetism.