For more information on the series, visit the Starship Troopers wiki 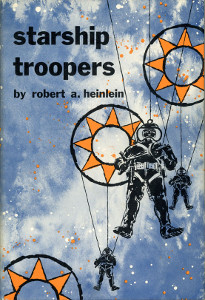 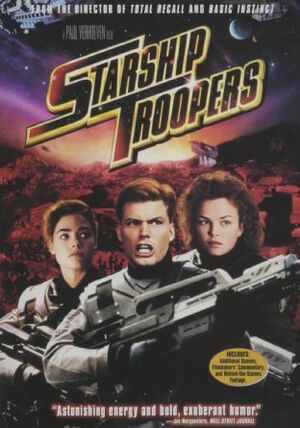 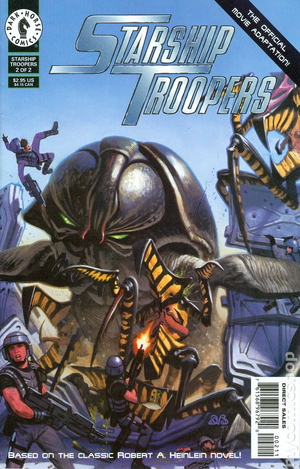 Starship Troopers is a military science fiction novel by American writer Robert A. Heinlein. Written in a few weeks in reaction to the U.S. suspending nuclear tests, the story was first published as a two-part serial in The Magazine of Fantasy & Science Fiction as Starship Soldier, and published as a book by G. P. Putnam's Sons in December 1959.

The story is set in a future society ruled by a human interstellar government dominated by a military elite, referred to as the Terran Federation. The first-person narrative follows Juan "Johnny" Rico through his military service in the Mobile Infantry. Rico progresses from recruit to officer against the backdrop of an interstellar war between humans and an alien species known as "Arachnids" or "Bugs". Interspersed with the primary plot are classroom scenes in which Rico and others discuss philosophical and moral issues, including aspects of suffrage, civic virtue, juvenile delinquency, and war; these discussions have been described as expounding Heinlein's own political views. Starship Troopers has been identified with a tradition of militarism in U.S. science fiction, and draws parallels between the conflict between humans and the Bugs, and the Cold War. A coming-of-age novel, Starship Troopers also critiques U.S. society of the 1950s, argues that a lack of discipline had led to a moral decline, and advocates corporal and capital punishment.

Starship Troopers is a 1997 American satirical military science fiction action film directed by Paul Verhoeven and written by Edward Neumeier. It originally came from an unrelated script called Bug Hunt at Outpost Nine, but eventually licensed the name Starship Troopers from the science fiction novel by Robert A. Heinlein. The story follows a young soldier named Johnny Rico and his exploits in the Mobile Infantry, a futuristic military unit. Rico's military career progresses from recruit to non-commissioned officer and finally to officer against the backdrop of an interstellar war between mankind and an insectoid species known as "Arachnids".

The battle mechs in the books can destroy small buildings by accident, the "bugs" are also stronger and way smarter since they have some kind of complex society. The Earth Federation has nuclear weaponry available to use from orbit and they never think twice before using it, they also "brainwash" their soldiers, The arachnids can do the same as well. There is also another race called the skinnies, which have laser guns and futuristic weaponry. 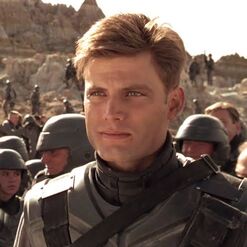 John "Johnnie" Rico
Add a photo to this gallery 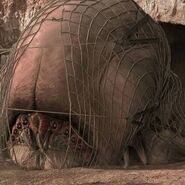 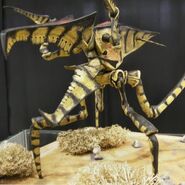 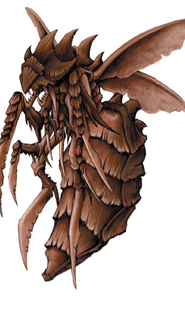 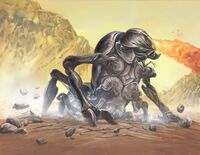 Tanker Bug
Add a photo to this gallery 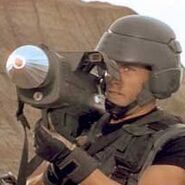 Tactical Oxygen Nuke
Add a photo to this gallery