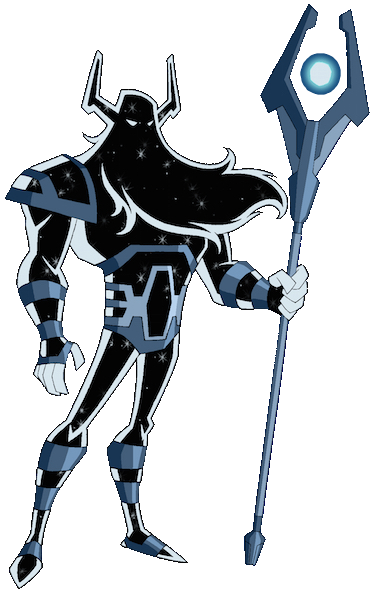 Starbeard is a Celestialsapien who first appeared in Universe vs. Tennyson.

He took Ben to the intergalactic court, telling him that he had violated the Multiverse Preservation Act and abused the powers of Alien X by recreating the entire Universe. He convinced the majority of the Universe that Ben is guilty and seemed to be winning the trial for the most part. However, by using the power of Alien X, Ben won the hand-to-hand combat against the Galactic Gladiator and with that the trial itself.

Weaknesses: Starbeard needs to wait for both of its personalities to make a decision before taking action.