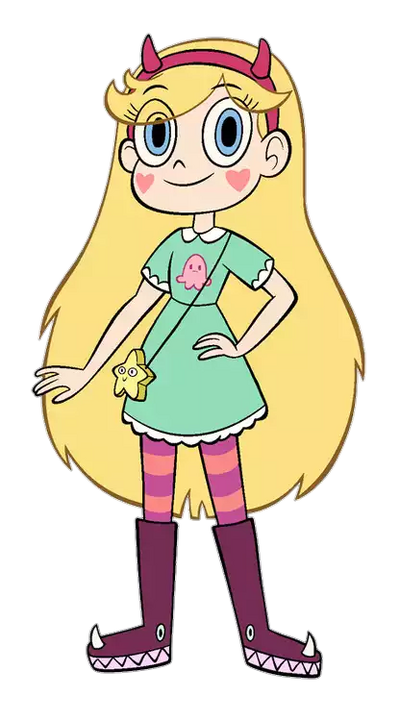 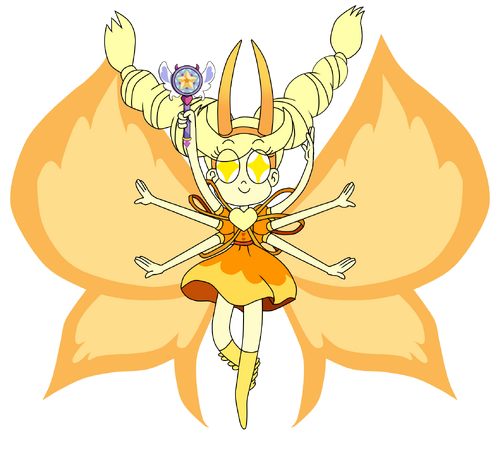 Princess Star Butterfly is the main protagonist of Star vs. the Forces of Evil. She is a teenage princess of the Kingdom of Mewni from another dimension sent to Earth by her royal family after an altercation with a couple of evil monsters. She currently lives with her Earthly hosts, the Diaz family.

Origin: Star vs The Forces of Evil

Attack Potency: Building level to City Block level in base (Comparable to Marco Diaz and can fend off large monsters), Building level with the wand and standard magic spells (Effortlessly knocked down a watchtower in "St. Olga’s Reform School for Wayward Princesses". Said to be far beyond her Mother), City Block level with her more potent spells (Managed to destroy Toffee's crystal cage, which withstood a barrage from her magic spells, though this required some set up), Small Town level with the Whispering Spell (Destroyed Ludo's castle), Up to at least Universe level+ with The Royal Wand at full potential (Was said by Baby that she far surpassed her Mother and that her power was close to that of Eclipsa Butterfly. Froze time on a universal level in "Freeze Day"; her mother warned her that the wand had the power to destroy the universe, which is why Ludo seeks it; the Magic Instruction Book has instructions in case the user accidentally destroys a Universe) | At least Building level to City Block level physically, Universe level+ with magic (Casually one-shot Toffee, could slightly harm Meteora Butterfly)

Speed: Possibly Sub-Relativistic (Should be comparable to Marco), Massively FTL+ Attack Speed (Skywene with the wand was capable of shooting a blast of energy that destroyed another universe.)

Range: Several meters, further with the Wand, inter-dimensional with Dimensional Scissors, Universal with strongest known spells (Can blow up Universes)

Intelligence: High. It was revealed her air-headed tendencies are done on purpose, Star has proven herself to be quite smart when push comes to shove. As of Storm the Castle, she has shown herself to be a more than capable and serious fighter if the situation calls for it. Somewhat implied she has an understanding of space-time and multiverse theory.

Weaknesses: Star can be irrational, hyperactive and not the smartest of princesses. She also does not have a full understanding of the places or planets she is not particularly aware of other than Mewni, such as Earth. Also, she has yet to understand the fullest potential of the wand's power.