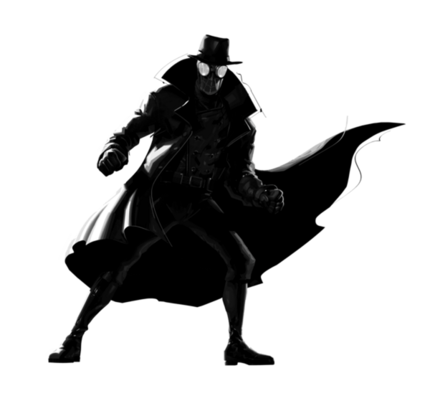 Spider-Man, also called Spider-Man Noir, was once just a man named Peter Parker from a reality set in the 1930s. All was normal until he was bitten by a radioactive spider and gained incredible powers. Peter became a superhero, presumably after his Uncle Benjamin was killed. He was eventually pulled into the reality of Miles Morales, where he teamed up with other versions of Spider-Man to defeat Kingpin.

Spider-Man Noir is based on the comic book character of the same name. He is voiced by the actor Nicolas Cage.

Speed: Supersonic (Comparable to Gwen and Miles, who can react to bullets)

Weaknesses: Unfamiliar with the concept of colours.