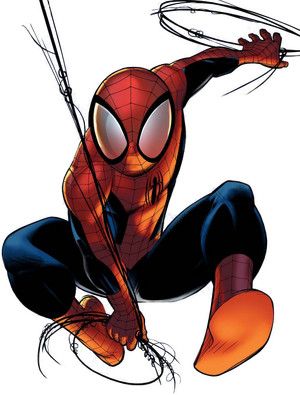 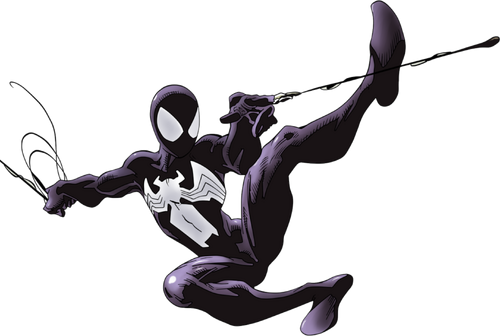 Peter Parker gained his powers on a high school field trip to Osborn Industries, Inc. where he was bitten by a spider exposed to the OZ Compound, a prototype Super Soldier serum. Imbuing him with the proportionate powers of a spider, Peter gained superhuman strength, speed, agility and stamina and the ability to stick to and crawl surfaces.

Initially using his powers only to benefit himself, he soon mended his ways upon finding his uncle Ben Parker indirectly murdered due to his inaction, and with his uncle's words of "With great power, there must come great responsibility" in his heart, he became a hero to the city of New York known as Spider-Man

Powers and Abilities: Superhuman Physical Characteristics, Regeneration (High-Low, Low-Mid overtime), Immortality (Types 1 and 3), Genius Intelligence, Acrobatics (Very agile and nimble, often capable of dancing around opponents in close quarters combat), Enhanced Senses (Can detect people in a crowd if they pose a threat), Surface Scaling (Capable of sticking to walls and ceilings, as well as any surface that can be clung to with his adhesion), Expert Hand-to-Hand Combatant, Stealth Mastery (Secretly followed Nick Fury for over an hour without the latter noticing), Web-Shooting, Precognition (With the Spider-Sense, Spider-Man is given a warning to danger from things like the intent to attack him and explosions moments before they happen), Instinctive Reaction (Reacted to and countered a bully before he realized he had powers), Web Creation and Weapon Mastery (Often uses his webs to incapacitate others with very large amounts of webbing), and Resistance to Vampire Bites and Poison Manipulation. Resistance to Electricity Manipulation with the Electro-Proof Suit.

Lifting Strength: At least Class 25 (Lifted a truck and a forklift)

Stamina: Extremely high (Often displays incredible willpower. Capable of fighting while bleeding out and being driven to exhaustion, but still managed to push through before withstanding another explosion. Only after all of this did he succumb to his wounds.)

Intelligence: At least Genius (Made his own web-shooters with only 80$, and is a prodigy biochemist who completed his father's research on adhesive at 15. Has an IQ of 145.) Genius Combatant and Tactician (While not formally trained, he has fought a large variety of foes over the course of his career and is no stranger to outsmarting those who are stronger than him. He managed to fight and incapacitate Punisher and Moon Knight at the same time, can do the same with Daredevil and Iron Fist, and has went toe-to-toe with Elektra. He's even capable of entering an all-out brawl with the likes of Black Cat, Elektra, Iron Fist, Hammerhead, and several others before putting a complete stop to it. His intelligence is even enough to impress Tony Stark.)

There are many versions of Spider-Man, this profile covers the comicbook version which appeared under the Ultimate Marvel imprint, and is canonically designated as Peter Parker of Earth-1610.