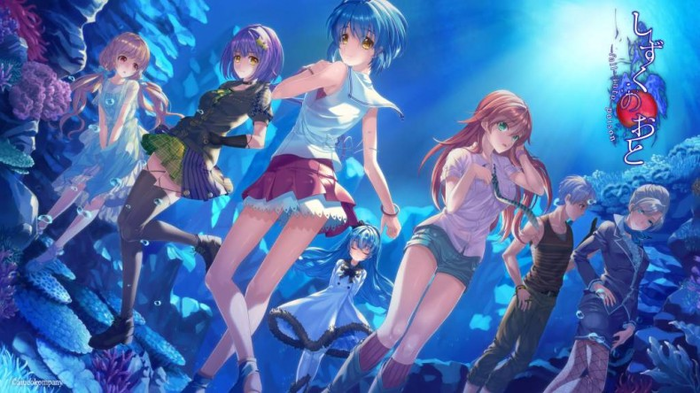 Sound of Drop - fall into poison - (original Shizuku no Oto) is a visual novel video game developed and published by Aiueo Kompany.

Nestled in the heart of Tokyo, the quaint little aquarium, Manten Aquarium.

On the night of the full moon the waters turn to blood and man faced fish lurk within.

In the beginning it was fun, but then.

They see a glimpse of Mayu’s missing littler sister, Mari.

The wheels of fate begin turning as they chase after Mari’s shadow.

--Before she realizes it, Mayu finds herself alone and lost in the crimson aquarium.

Retrieved from "https://vsbattles.fandom.com/wiki/Sound_of_Drop?oldid=2967675"
Community content is available under CC-BY-SA unless otherwise noted.