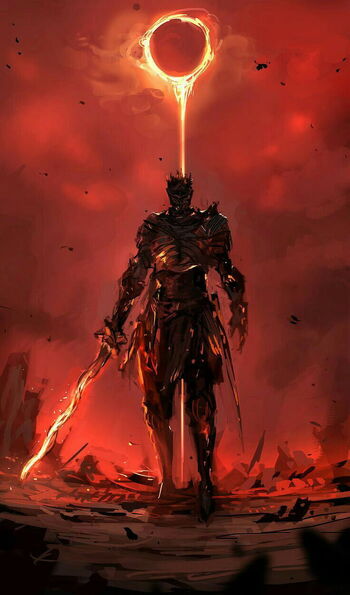 The Soul of Cinder is a boss enemy in Dark Souls III and is the final boss of the game. It appears as a tall, charred knight, wielding the Coiled Sword and is seen as the amalgamation of all the previous Lords of Cinder, including the Chosen Undead and the Bearer of the Curse (had they linked the flame). During the first phase of the battle, the boss uses a variety of Dark Souls spells and movesets while using Gwyn's moveset during the second phase.

Gender: None (Is a fusion of the souls of all Lords of Cinder)

Age: Unknown by itself, but its souls are thousands of years old

Classification: Amalgamation of all the Lords of Cinder, Defender of the First Flame

Attack Potency: At least Large Star level, possibly Solar System level (Immensely superior to the likes of Great Lord Gwyn, the Chosen Undead, and the Bearer of the Curse as it is the amalgamation of all past Lords of Cinder)

Range: Extended melee range with the Firelink Greatsword and other weapons, dozens of meters with various kinds of magic, kilometers with Sunlight Spear.

Intelligence: As a fusion of countless warriors over the course of thousands of years, the Soul of Cinder is an immeasurably skilled combatant, holding proficiency with various different weapons, sorceries, pyromancy, and miracles.

Weaknesses: Weak to sorceries, lightning, and darkness based attacks. 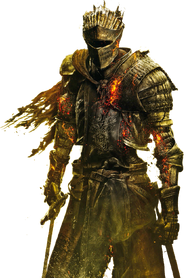 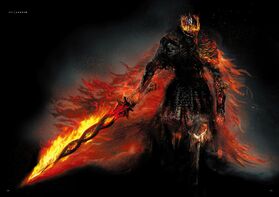 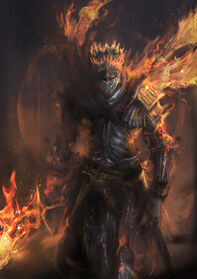 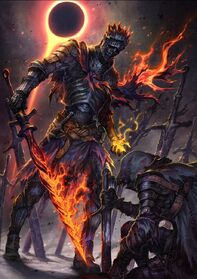 Start a Discussion Discussions about Soul of Cinder