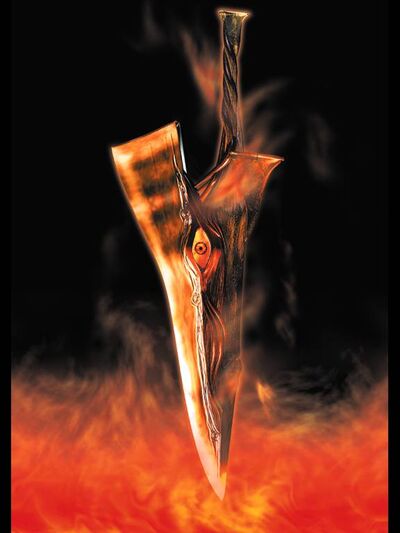 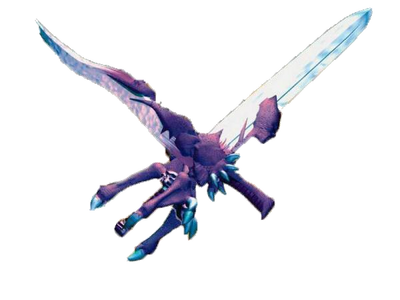 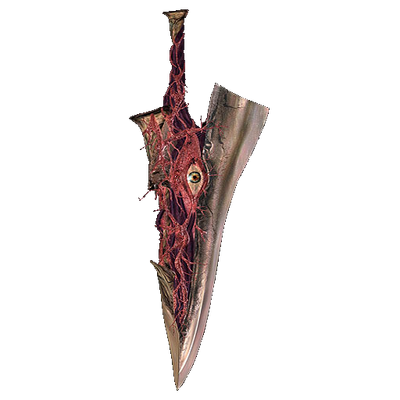 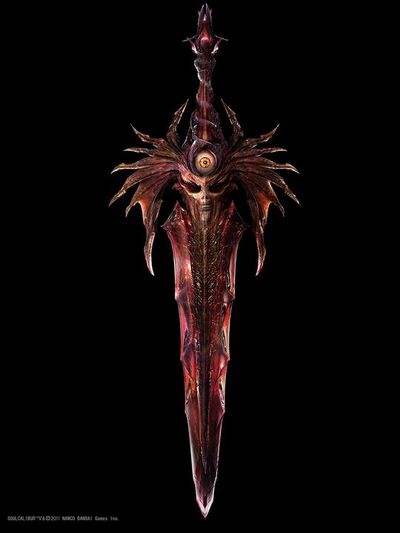 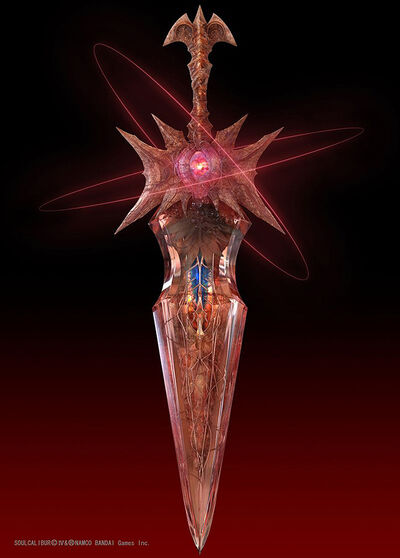 Soul Edge also known as the Cursed Sword serves as the main weapon of Nightmare and overall the main antagonist of the entire Soulcalibur franchise. Soul Edge serves as the catalyst on basically all the events in the franchise. All Soul Edge cares for is the devouring of souls and pure destruction. It's release of the Evil Seed corrupted countless people across the world, driving them mad or even transforming them into monsters. Soul Edge's counterpart is Soul Calibur. Soul Edge is known to be able to shape shift in order to morph into a form that best fits its wielder.

Classification: Cursed Sword, Changes depending on the wielder.

Powers and Abilities: Soul Manipulation (Can rob the souls of entire armies at once), Madness Manipulation (Type 2; Even so much as contact with Soul Edge's power is enough to turn one insane. Turned countless people across the world insane with the release of the Evil Seed), Curse Manipulation, Corruption (Can turn those who come into contact with it into mindless Lizardmen, Monsters, Vampires, Malfested, etc), Mind Manipulation (Can manipulate the minds of others in order to coerce them into taking Soul Edge. If there is a malfested target, Soul Edge feeds off of their sinful actions of bloodlust and gains the ability to control them), Illusion Creation, Teleportation, Darkness Manipulation, Resurrection (When defeated, will return to Astral Chaos to gather its power and will return), Dimensional BFR (Can send others to Astral Chaos. All Souls taken by Soul Edge are sent to Astral Chaos), Reality Warping (Can manipulate reality), Dark Magic, Spatial Manipulation (Can cut through dimensions), Fire Manipulation, Telekinesis, Shapeshifting (Changes shape to match its wielder) | All previous powers, Space-Time Manipulation (It's power created the Astral Fissures in which are rips in space-time).

Attack Potency: Mountain level (It's power should be half of this) | Mountain level (Simply releasing its power could perform a cloud split of this caliber) | At least Small City level (Commands half the power of a Complete Soul Edge in which created a storm of this caliber), likely Small Country level (A mere portion of his power combined with some power from Soul Calibur and Astral Fissures were enough to create an incomplete Ultimate Seed in which was stated to be able to destroy a country or two)

Needed Prerequisite for Use: Those who grab the blade usually become possessed by Soul Edge and become Malfested. In most cases they are turned into Nightmare.

Evil Seed: A release of its power that spread from Europe and reaching as far as India. This power would corrupt any one who came into contact with it and turn them mad or curse them and transform them into a Demonic Being.

Soul Wave: Releases a large omnidirectional burst of energy that absorbs the souls of all those hit by it.