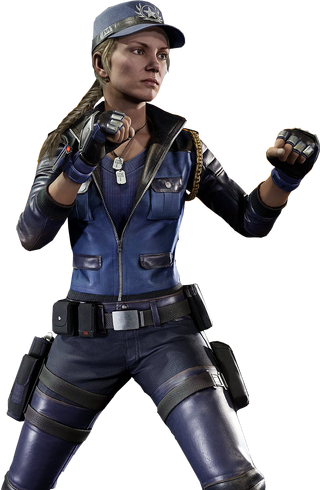 After the sudden disappearance of her father after he embarked on a covert operation, Sonya Blade became a member of Earthrealm's Special Forces unit known as Outer World Investigation Agency (OIA) to honor his memory. She appears in the tournament searching for Kano and Jax, and later joining forces against Shao Kahn and Shinnok. After surviving many events, she commands all the operations of the Special Forces and Units like the new Earthrealm unit in which Cassie Cage's team is also part of.

Decorated officer of the Special Forces. Sonya braved the Mortal Kombat tournament, defended Earthrealm, and rescued her partner, Jax Briggs. Serious to a fault, she never takes time for personal leave, preferring to remain vigilant until all realms are safe from conquest.

Speed: Superhuman with Supersonic+ reactions and combat speed (Is a bullet timer, dodged plasma bolts from Kano and dodges bullets from Erron's revolvers)

Intelligence: Gifted (One of the more prominent members of the agency, who later becomes the leader) 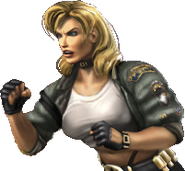 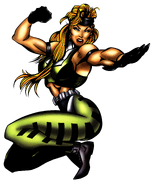