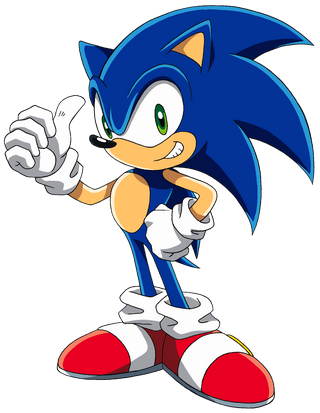 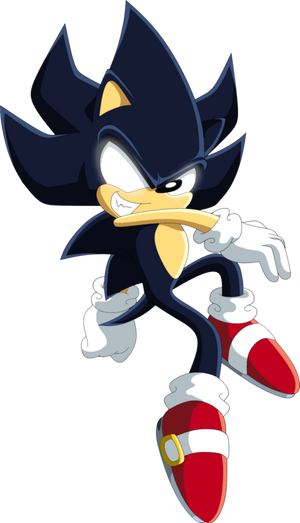 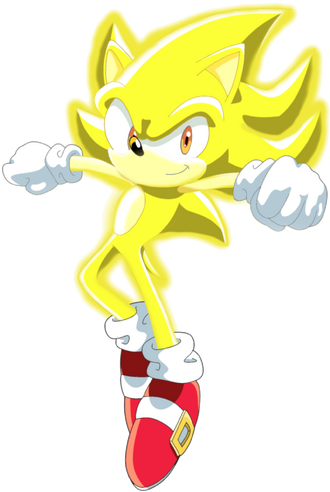 Same as before on an enhanced scale, Aura, Berserk Mode, Rage Power

Same as in base on a vastly enhanced scale, Aura, True Flight, Spaceflight, Healing (Through Chaos Regeneration), Energy Projection, Dimensional Travel, Positive Emotion Empowerment, Explosion Manipulation (Can cause things to spontaneously explode), Deconstruction (Through physical contact, which can break down others), Power Nullification and Empathic Manipulation (Is able to neutralize negative energies and individuals driven by negative emotions, such as when he reverted Perfect Chaos back to normal while purifying it of its anger and rage that had consumed it for centuries), Resistance to Gravity Manipulation

Attack Potency: Island level (Comparable to Knuckles, who punched a moon transceiver to give off this level of an explosion, and is Knuckles' most prominent rival in physical ability), higher with Rings and Chaos Emeralds (Can amplify himself to take enemies out in one hit that could initially match or overpower him) | At least Island level (Is a lot stronger than his base form. Immediately destroyed the Gold Metarex with ease, which was specifically built to test his strength) | Large Planet level (Superior to the Incomplete Eclipse Cannon due to being empowered by the seven Chaos Emeralds, whereas six could produce this much energy. Faced off against Final Mova who had the collective power of the three chief Metalex, innumerable Planet Eggs each which house the life force of a planet within, and Chaos Emeralds which were used to empower the process of transformation)

Durability: Island level (Takes beatings from large robots that have the power of the seven Chaos Emeralds only being heavily injured in the process, tanks blows from Knuckles who is his rival and can cause this level of damage casually) | At least Island level (Superior to base Sonic) | Large Planet level (Took multiple attacks from Final Mova's second form and kept fighting, and tanked a gravitational pull that was amassing enough power to possibly destroy the universe)

Stamina: Very high (Can fight for hours without tiring)

Weaknesses: Sonic can be quite cocky, and water tends to be problematic for him

Start a Discussion Discussions about Sonic the Hedgehog (Sonic X)