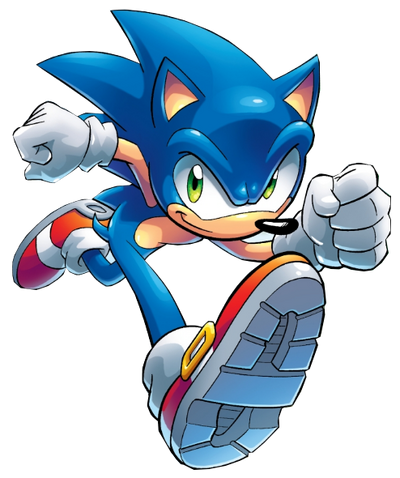 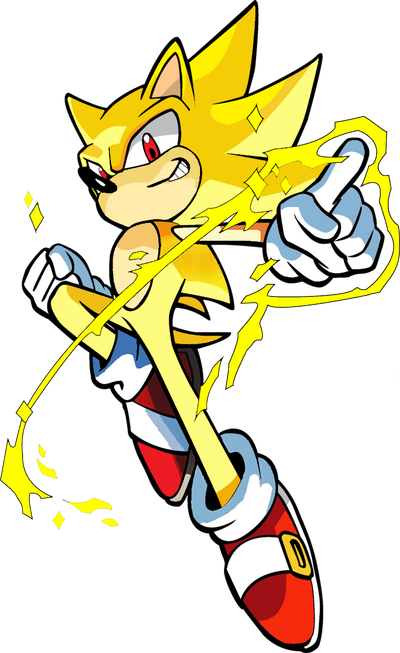 Sonic the Hedgehog is a hedgehog gifted with the power of super-sonic speed, and the ability to control the power of the Chaos Emeralds. Considered by many to be the hero of the world, he has opposed the villainous reign of the evil Dr. Eggman and his Eggman Empire since his early childhood. Sonic's speed is his ultimate weapon, and he has used it to help those in need, as well as foil his enemies' plans. Although he is sometimes overconfident and assumes he can deal with things on his own, Sonic also realizes he has friends to back him up in troubled situations. Sonic is clever which allows him to have ways to foil villains plans. The primary field agent of the Knothole Freedom Fighters, he is willing to put his life on the line for those he cares about.

Attack Potency: Multi-Continent level+ (Fought Archie Chaos 0, who controlled the world's oceans and Archie Ifrit, who was stated and proved to be able of destroying entire planets like his game counterpart) | Multiverse level+ (Equal to Super Mega Man who was able to the reverse the effects of the Super Genesis Wave as confirmed in verse by Sonic and Eggman, the Super Genesis Wave is stated to be capable of rewriting everything with no limits and completely reshape Sonic and Mega Man’s worlds which are two infinite multiverses that consist of infinite variations on top of infinite possibilities. Would've also reversed it himself had Eggman not intervened, accidentally causing the multiverse to collapse and be rewritten as stated by WoG and Eggman while erasing concepts like the Maginary World to no longer exist in the new reality. Fought and eventually destroyed Sigma-3 whilst the later had been empowered by an infinite number of worlds)

Speed: FTL (The events of the Post-Genesis Wave timeline mainly follows [Albeit with some differences] the game continuity from the start, which includes Sonic speed. Definitely one of the faster characters in the verse, has outstripped foes like Quickman with his incredible speed, is consistently called the "fastest thing alive" by the creators. Can react to and evade laser beams and is comparable to individuals who can do the same) | Immeasurable

Lifting Strength: Class E (Capable of pushing back a Dark Gaia monster that can grapple with Chaos 0, who picked up the world's oceans) | Immeasurable

Durability: Multi-Continent level+ (Took attacks from those comparable to him) | Multiverse level+

Weaknesses: Aquaphobia (He fears being submerged in deep water even with a breathing apparatus)

Note: Sonic Man is only exclusive to Worlds Unite as the crossover was retconned to the point where it never happened and as such never existed.

Note 2: Authors of the Archie Sonic Comics had varying interpretations of Super Sonic's invulnerability. Under Ken Penders, people with comparable power were still able to harm him. Under Ian Flynn, a weakened yet still comparable Enerjak was unable to harm Super Sonic. We assume the latter, as it's from the most recent run of the Archie Sonic Comics. 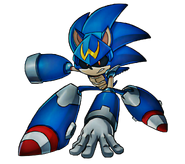 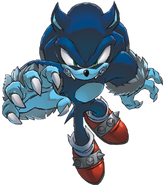 Werehog Sonic.
Add a photo to this gallery

Thanos (Marvel Comics) Thanos' Profile (Thanos with the Cosmic Cube and Super Sonic were used, and speed was equalized)