VS Battles Wiki
Register
Don't have an account?
Sign In
in: Characters, Male Characters, Dragon Ball,
and 47 more 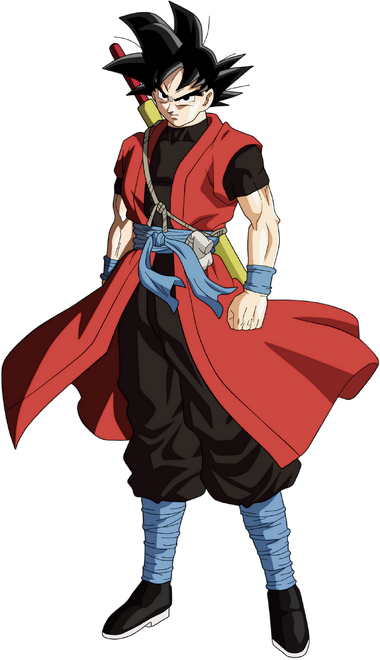 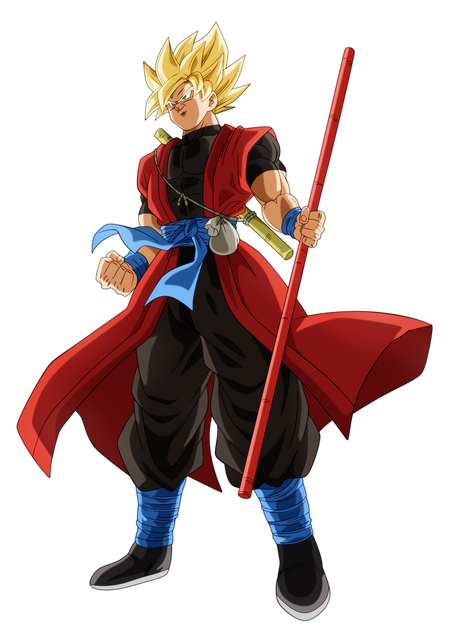 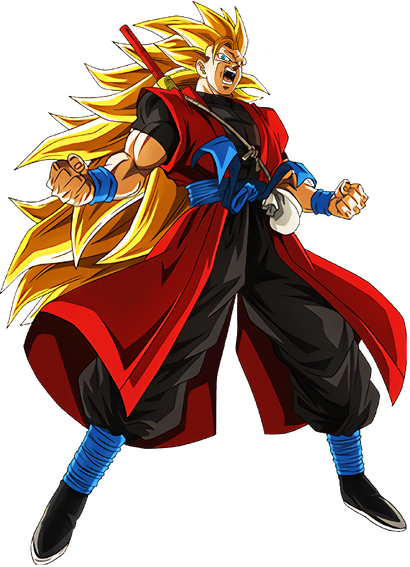 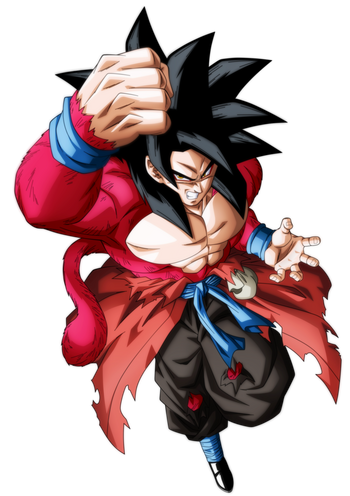 At some point in history, an alternative timeline version of Goku becomes a fundamental ally to the Time Patrol when he is recruited as a Time Patroller by the Supreme Kai of Time.

Superhuman Physical Characteristics, Master Martial Artist, Analytical Prediction, Weapon Mastery (Of the Power Pole), limited Size Manipulation (The Power Pole can change size), Attack Reflection, Ki Manipulation (Can be used defensively and offensively, to strengthen his skin, suppress others' blasts, or to fire ki blasts, which can home in on targets, and form defensive barriers), Ki Sensing (Can locate others by reading their ki, detect malicious intent, difference in power levels, and beings in different dimensions), Supernatural Willpower (able to endure poison that takes immense will and spirit to survive), Enhanced Senses (Even without ki training, Goku has exceptional senses that allow him to locate small, distant objects by tracking their smell, see clearly over long distances, and track the movements of others even in pitch black conditions by feeling vibrations in the air), Acrobatics, Pressure Point Strikes, Flight, Spaceflight, Danmaku, Self-Sustenance (Type 1), Acausality (Type 1), Non-Physical Interaction, Accelerated Development (Training; Physical Stats, Abilities), Reactive Power Level (As a Saiyan, Goku grows stronger every time he fights and can become stronger in the midst of combat, vastly increasing in strength whenever he is mortally injured), Shockwaves Generation (Can create powerful shockwaves via Kiai), Afterimage Creation, Power Mimicry (Can easily replicate other Ki-based techniques after seeing them once), Energy/Ki Absorption, Light Manipulation (Can create flashes of light Via Solar flare to blind opponents and Super Saiyan forms can glow in pitch-black conditions), Information Analysis, have multiple passive and active Probability Manipulation (can increases his hitting chance and decreases his opponent hitting chance), passive Probability Manipulation Negation (Can negate his opponent's probability manipulation ability), Telepathy (Can telepathically communicate with others and read minds), Telekinesis, Teleportation, BFR, Dimensional Travel, multiple passive and active Statistics Amplification abilities (Goku can greatly enhance his capabilities with Kaio-ken up to 100 times, can use many of his abilities to greatly increase his statistics), Statistics Reduction (Can reduce an enemy's statistics with many of his abilities) and Statistics Stealing (Can steal his opponent's statistics to increase his own), Statistics Amplification Reduction (Can reduce the effect of his opponent's statistics amplification skills), passive Statistics Amplification Negation (Can reset his opponent's statistics boost, negating his opponent's ability to amplify his or her statistics), Rage Power, Transformation (Can transform into a Super Saiyan, Super Saiyan 2, Super Saiyan 3, Super Saiyan 4 or Super Full Power Saiyan 4 Limit Breaker, increasing his capabilities drastically), Durability Negation and can bypass his opponent defensive skill, have multiple passive and active Damage Boost and Damage Reduction, Can reduce enemy's Damage Reduction effect by 50%, Damage Boost Negation (He can negate his opponent's ability to boost their damage), have multiple passive and active Recovery (Can recover his stamina and energy) and Healing (Can heal others, carries Senzu Beans with him, can heal himself and his allies), Resurrection (Can resurrect himself or his allies, but needs two allies on the field to active), Summoning (Can summon Shenron or Super Shenron; can summon Demigra, Chronoa, Xeno Trunks, Xeno Gohan, Xeno Vegeta or Heroes Goku to help him in battle), Can possibly create dimensional rifts and destroy space-time and pocket dimensions with his energy via powerscaling, Heat Generation, Reactive Evolution, and Regeneration (Low, over time) as a Super Saiyan 4, Fusionism (via Fusion Dance or Potara Earrings), Purification (Can purify Dark Demonic energy), Passive Stamina Reduction (Can reduce his opponent stamina, Dimensional Domain skill passively sets the opponents stamina to 1) which result in Status Effect Inducement and Unconventional Limited Resistance Negation (Bypass resistance through reducing stamina to zero with any of his abilites). Any of his attacks can damage and reduce his opponent's stamina.

Speed: Massively FTL+ (At least 196 quadrillion c, likely at least 39.2 sextillion c. Can keep up with Demigra in his various forms, as well as Towa, Mira, and Chamel)

Striking Strength: Multiversal+ (Can harm Demigra with his attacks)

Durability: Multiverse level+ (Took hits from Final Form Demigra, Transcended Demigra, and Chamel in base form. Can become more durable with the rest of his transformations)

Stamina: Extremely high, Xeno Goku can use up to Kaioken x100 which normally would put strains on his body

Intelligence: At least Above Average, likely higher (He has displayed significantly higher intelligence than his canon counterpart, even seemingly being on a similar level to Trunks. Takes his work very seriously, and has fairly good knowledge about temporal mechanics such as time travel, time paradoxes, and time rifts)

Note: His Resurrection ability needs two allies on the field for it to become active.

Trigon (DC Comics) Trigon's Profile (Both were 2-A, speed was equalized and Goku had the Keysword and started in his Limit Breaker SS4 form)

Freyja (Fire Emblem Heroes) Freyja's Profile (Freyja with Freyr's Power and Goku with the Keysword were used, and speed was equalized)