VS Battles Wiki
Register
Don't have an account?
Sign In
in: Characters, Dragon Ball, Chi Users,
and 49 more 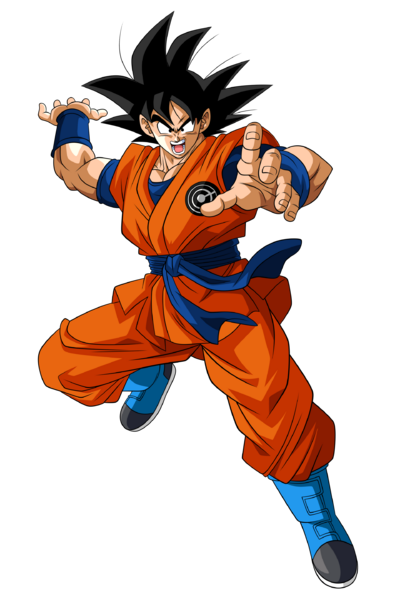 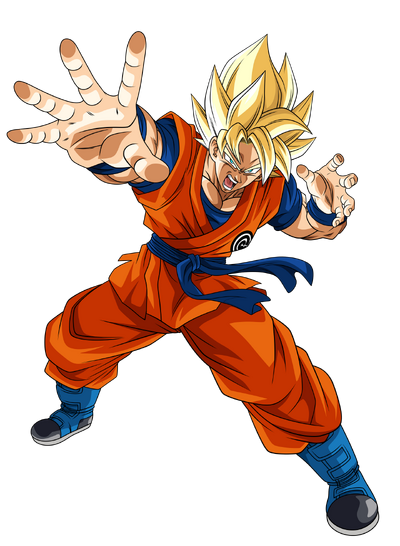 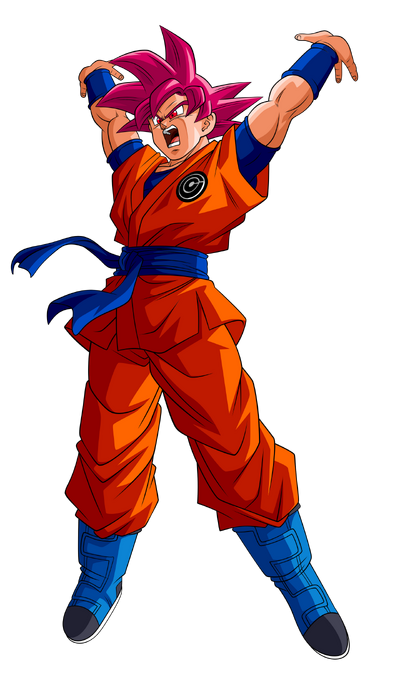 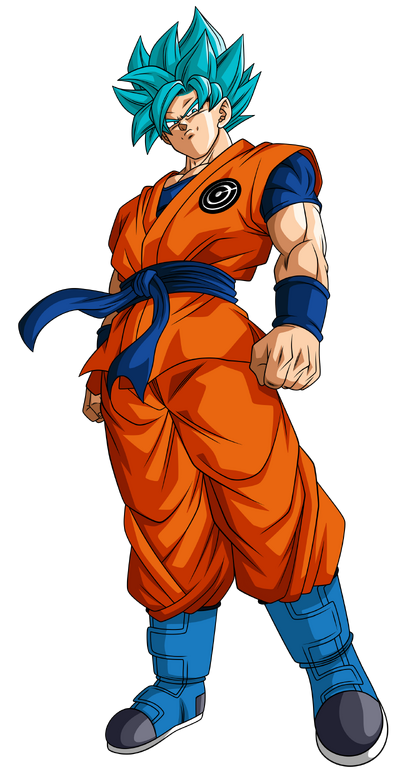 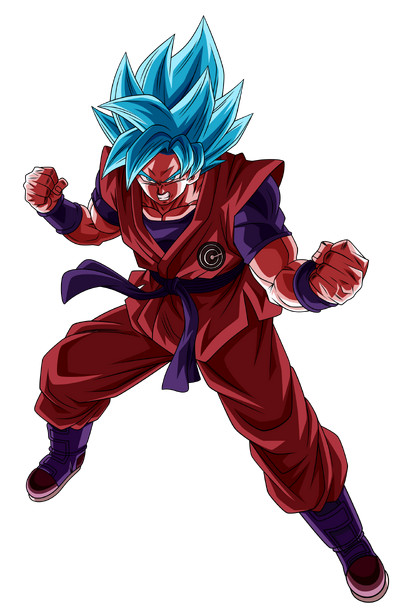 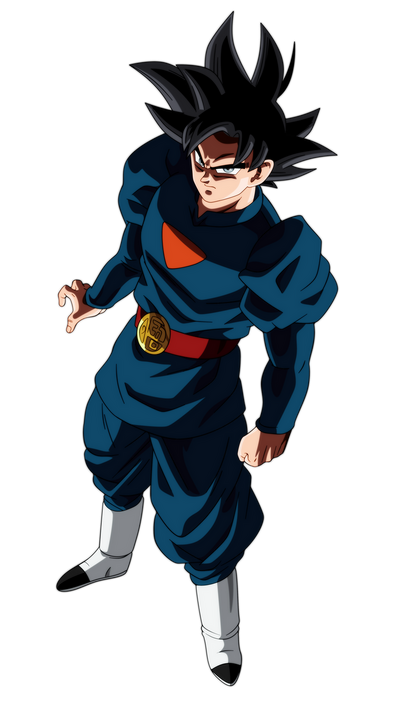 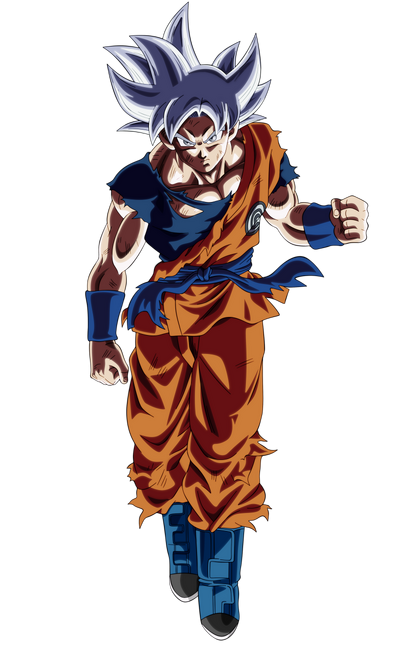 Son Goku (悟空), referred to as "CC Goku" by fans, is a version of Goku in Super Dragon Ball Heroes who is a major protagonist in the game's original narrative, appearing in the Prison Planet, Universal Conflict, Universe Creation and New Space-Time War arcs. He is confirmed to have experienced DB, DBZ, several of the DBZ Movies (specifically the Cooler movies, The Tree of Might and Bojack Unbound) and the anime version of Dragon Ball Super.

Superhuman Physical Characteristics, Self-Sustenance (Type 1; can fly and breathe in space), Master Martial Artist, Analytical Prediction, Ki Manipulation (Can be used defensively and offensively, to strengthen his skin, suppress others' blasts, or to fire ki blasts, which can home in on targets, and form defensive barriers), Ki Sensing (Can locate others by reading their ki, detect malicious intent, difference in power levels, and beings in different dimensions), Enhanced Senses (Even without ki training, Goku has exceptional senses that allow him to locate small, distant objects by tracking their smell, see clearly over long distances, and track the movements of others even in pitch black conditions by feeling vibrations in the air), Acrobatics, Pressure Point Strikes, Flight, Non-Physical Interaction, Accelerated Development (Training; Physical Statistics, Abilities), Reactive Power Level (As a Saiyan, Goku grows stronger every time he fights and can become stronger in the midst of combat, vastly increasing in strength whenever he is mortally injured), Shockwaves Generation (Can create powerful shockwaves via Kiai), Afterimage Creation, Power Mimicry (Can easily replicate other Ki-based techniques after seeing them once), Telekinesis, Teleportation, BFR, Dimensional Travel, has multiple passive and active Statistics Amplification, Statistics Reduction and Statistics Stealing (Can increase his statistics and decrease his opponents' statistics, or even steal statistics which boost his own and weaken his enemy at the same time), Regeneration (Mid-Low as a SSG and SSB), Rage Power, Can possibly create dimensional rifts and destroy space-time and pocket dimensions with his energy via powerscaling, Healing (Healed a bird during his fight with Cooler) and have multiple passive and active Recovery (Can recover energy and stamina for both himself and his allies), Existence Erasure and Void Manipulation (Can perform Energy of Destruction technique which can erase anything from existence including souls, scaling to Toppo who warped the World of Void ), Information Analysis, Passive Probability Manipulation and Probability Manipulation Negation (Can both increase his hitting chance and decrease his opponent hitting chance, can negate his opponent ability to increase their hitting chance), Pocket Reality Manipulation, have multiple passive and active Damage Boost and Damage Reduction (Can boost his damage and weaken his enemy damage), passive Damage Boost Negation, Durability Negation and can bypass his opponent defensive skill, Sealing (via the Mafuba), Summoning (Can send an enemy to be tag-teamed by all the Eternal Dragons), Supernatural Willpower (Able to endure poison that takes immense will and spirit to survive), Spatial Manipulation (All Gods can rip holes in space and summon meteors), Transformation, Fusionism (Via the Potara and Fusion Dance), Purification (Types 1 and 2; Can purify dark demon energy, Punched Oren out of Vegeta when he was possessed by him), Resurrection (Can resuscitate himself or his allies, but needs two allies on the field to activate the ability), Limited Heat Generation (In Ultra Instinct -Sign- and Ultra Instinct state, although this is possibly not combat applicable), Instinctive Reaction, Danmaku, Paralysis Inducement (With God Bind), Limited Air Manipulation, Power Nullification (Can nullify his opponent's powers and abilities when Hearts or 2 allies are on the field, nullified Jiren's Ki Blast in his Ultra Instinct state), Limited Ice Manipulation (With Frigid God Meteor), Limited Fire Manipulation (With Burning God Meteor), Stamina Swap (Can swap his stamina with his opponent's stamina), Stamina Reset (Can reset his opponent's stamina value to its initial state, but requires 2 allies), Stamina Reduction (Can reduce his opponent stamina) which results in Status Effect Inducement and Unconventional Limited Resistance Negation (Can stun his opponents by reducing their stamina to zero making them unable to act). Any of his attacks can damage and reduce his opponent's stamina.

Extrasensory Perception (Cannot be sensed by beings lesser than a God as a Super Saiyan God and Blue), Paralysis Inducement, Harsh Temperatures, Heat Manipulation (Unaffected by a pool that was described by the Snake princess to be able to boil men alive, as well as lava), Acids (Wasn't harmed much by Buu's enzymes, though it did hurt him), Sleep Manipulation (resisted sleep inducing foods back in Z), Extreme Heat, Extreme Cold, Cosmic Radiations, Void Manipulation and Existence Erasure (Withstood the Destruction Energy Ball of a God of Destruction in Super, which could erase anything, even souls from existence, and warped the World of Void), Empathic Manipulation, Electricity Manipulation, Morality Manipulation, Possession, Madness Manipulation (Type 2), Corruption, Mind Manipulation (Beings with God Ki resist the effects of Dark Demon Magic), Unholy Manipulation, Magic, Time Manipulation (This version of Goku should be far more powerful than lesser Demon Gods, who were unaffected by Chronoa's time-based abilities), Power Nullification and Memory Manipulation (Beings with divinity cannot be affected by Android 21's waves, which can nullify powers. Which has also been shown to erase memories), Poison Manipulation, Damage Reduction, Status Effect Inducement (Can resist being placed under stunning effect), Gravity Manipulation (Broke out of Hearts powerful gravity techniquewhich can bind beings like Jiren in place), Statistics Reduction, Possibly Sealing (Scaling to Cumber and their fight broke the seal placed on the Prison Planet through sheer strength.).

Stamina: Extremely high (Can use Ultra Instinct -Sign- on command)

Intelligence: Average generally, Genius in combat. Similar to his canon counterpart, but more serious and doesn't drag out fights. 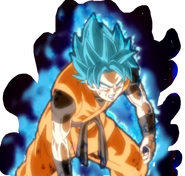