VS Battles Wiki
Register
Don't have an account?
Sign In
in: Characters, Dragon Ball, Accelerated Development Users,
and 35 more 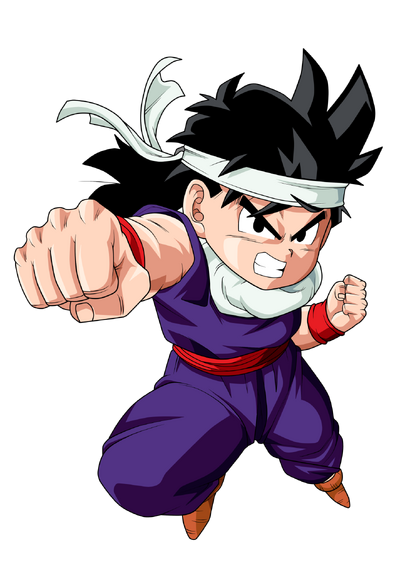 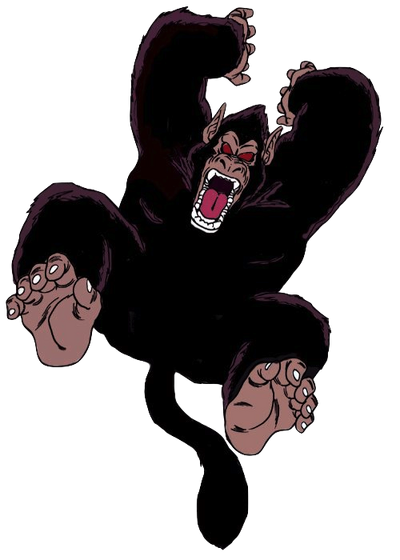 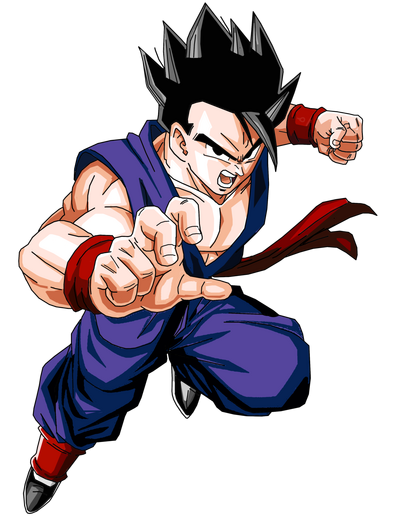 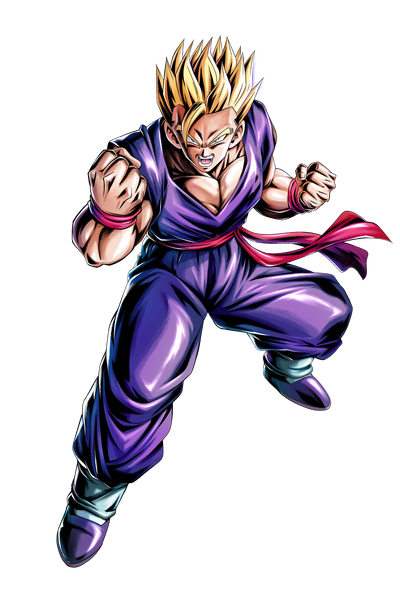 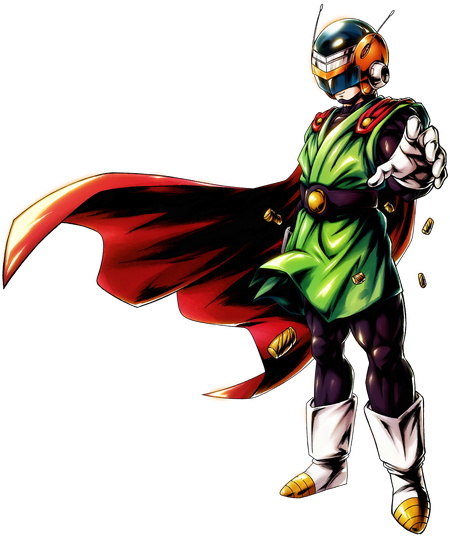 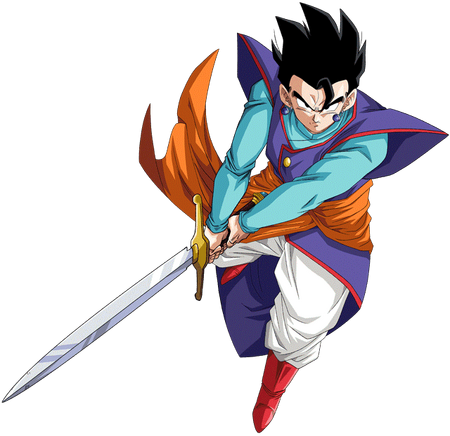 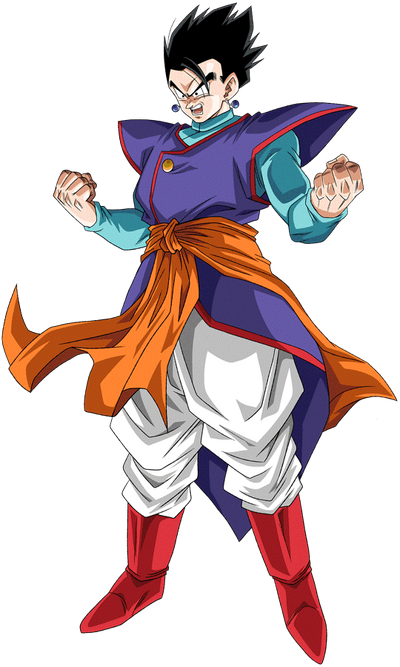 Son Gohan is the eldest son of Son Goku and Chi-Chi, and one of the primary heroes of the second half of Dragon Ball. Although originally introduced as a mild-mannered and easily scared child, Gohan harbors an immense, limitless potential that surpasses that of his father. However, unlike his father, Gohan dislikes fighting and harming others, and his true power only shows through during moments of intense rage. Following Goku's death, he was trained by Piccolo in anticipation of the upcoming Saiyan invasion, and grew much stronger and closer to his new mentor, ultimately redeeming him and setting him down the path of heroism due to their bond.

Powers and Abilities: Master Martial Artist, Superhuman Physical Characteristics, Ki Manipulation (Can be used defensively and offensively, to strengthen his skin or to fire ki blasts, which can home in on targets, and form defensive barriers), Ki Sensing (Can locate others by reading their ki), Enhanced Senses (Saiyans have exceptional senses, allowing Gohan to locate small, distant objects by tracking their smell, see clearly over long distances, and track the movements of others even in pitch black conditions by feeling vibrations in the air), Acrobatics, Pressure Point Strikes, Flight, Accelerated Development (Training; Physical Stats, Abilities), Reactive Power Level (As a Saiyan, Gohan grows stronger every time he fights and can become stronger in the midst of combat, vastly increasing in strength whenever he is mortally injured), Rage Power (Gohan's true potential shows through whenever he grows enraged, granting him brief bursts of immense strength), Shockwaves Generation, Afterimage Creation, Can possibly create dimensional rifts via Vice Shout, Transformation (Can transform into a Super Saiyan or an Oozaru [which also gives him Breath Attack and Type 1 Large Size], increasing his capabilities drastically), Resistance to Cold, Radiations, and Harsh Temperatures (Survived and trained extensively for at least a year within the Hyperbolic Time Chamber, which has temperatures that range from -40°F to 248°F)

Attack Potency: At least Moon level (Shattered Raditz's armor in a rage, and after being trained by Piccolo, he became the second strongest of the Z-Fighters present, behind only Piccolo himself. When angry, he was capable of somewhat hurting a casual Nappa), higher as an Oozaru (Piccolo had to destroy the moon to stop him, and he injured Vegeta) | Planet level (Initially stronger then before. After getting his potential unlocked, he grew steadily stronger, approaching Vegeta's power during the Saiyan Saga and surpassing him after getting Zenkai, becoming increasingly powerful) to Dwarf Star level (During his rages, he was able to injure Frieza in his second form, and after another Zenkai, he was able to briefly overwhelm him in his third form) | Dwarf Star level (Should be normally this strong). Star level after his training with Goku, at least Large Star level as a Full Power Super Saiyan (Superior to Goku), Solar System level as a Super Saiyan 2 (Casually stomped Cell, easily overpowering his most powerful Kamehameha from a standing position and at the last second. Should be stronger than Super Perfect Cell, and killed him despite losing half of his power) | Star level, at least Large Star level as a Full Power Super Saiyan, Large Star level+ as a Super Saiyan 2 (While he had lost much of his power, he was still far superior to Shin and capable of holding his own against Dabura, though he wasn't fighting seriously), Solar System level after having his potential unlocked (Easily overpowered and toyed with Super Buu, who matched SS3 Gotenks and who should be superior to SS3 Goku)

Speed: Relativistic+ (Faster than Raditz), higher attack speed as an Oozaru | FTL (Approaches and surpasses Vegeta's speed during the Saiyan Saga) to FTL+ (During his rages, he was able to briefly keep up with Frieza) | FTL+. At least Massively FTL after his training with Goku, higher as a Super Saiyan 1 and 2 (Easily kept track of Goku and Cell in their fight, so easily that he thought they weren't fighting seriously, and then effortlessly outpaced Cell as a Super Saiyan 2) | At least Massively FTL, higher as a Full Power Super Saiyan, 2 and after having his potential unlocked (Blitzed Super Buu)

Stamina: Very high. Gohan can train for days with minimal rest and continue to fight against opponents such as Frieza and Cell even after being beaten around and essentially tortured. He kept up his battle with Super Buu even as he was overpowered.

Intelligence: While Gohan is not as skilled in combat as his father, he is still a highly skilled martial artist and an intelligent tactician. Trained in combat and schooled throughout his entire life since the earliest years of his childhood, Gohan is a clever fighter capable of creatively utilizing his abilities. As a scholar, tutored throughout his entire life, Gohan is highly intelligent and knowledgeable as well, having a in-depth understanding of the metaphysical mechanics of ki itself.

Weaknesses: Gohan has an explosive temper that can flare up suddenly and cause him to act irrationally, but besides this, he is typically a pacifist who avoids fighting and dislikes killing opponents. Due to this, he often keeps his true power restrained so as to avoid harming others. As a Super Saiyan 2 and after first getting his potential unlocked, Gohan was prone to overconfidence, even dipping into sadism during his battle with Cell and seeking to prolong his suffering as retaliation for his crimes. Needs a moon in order to transform and loses control of himself as an Oozaru and as he never trained the weakness away, his tail is a vulnerable point and grabbing or removing it will cause him intense pain.

Ki: The fighting power and life force of a martial artist, a tangible energy derived from the user's vigor, courage, and mind. It can be used in a number of ways, such as to surpass the limits of one's body to greatly increase in strength, and it can be fired as blasts of energy or used to create defensive barriers. Along with his Saiyan blood, Ki acts as the source of Gohan's incredible power and abilities. Even as a child, Gohan possessed an exceptionally high dormant potential that allows him to show the true depths of his power whenever his rage shows through and grow in strength quickly. Even after getting his potential unlocked twice, Gohan still had room to grow further and further in power.

Saiyan Physiology: The physiology of a Saiyan, an aggressive warrior race of conquerors. Saiyans have the natural ability to control ki and to fly. While his lifespan is comparable to that of a human, Gohan will remain at his peak strength for much longer. One of the most powerful abilities of a Saiyan is their ability to grow stronger and stronger through combat, allowing Gohan to constantly push his own limits during a fight and rise to higher and higher peaks in power. This ability grants a substantial boost in power when Gohan is badly injured, allowing him to reach a whole new level of power once he recovers.

Potential Unleashed: The ultimate form that Gohan gains after having his potential unlocked by Old Kai's lengthy ritual, greatly increasing his power by unlocking his extremely high dormant strength. While this state must be maintained by steady, regular training, while Gohan has access to it, he can tap into its power by powering up just as he would to go Super Saiyan. Its power eclipses that of his Super Saiyan forms by a significant margin, and in this state, Gohan is often known as Mystic Gohan or Ultimate Gohan.

Notes: This profile strictly uses the original manga for scaling the characters. Please don't try to use feats or statements from Dragon Ball Kai to upgrade them, as Kai contains contradictions to the source material.

Superman (Superman vs. The Elite Animated Movie) Superman's Profile (Both were High 4-C, Buu Saga SSJ2 Gohan was used and speed was equalized)