Soma Cruz is the protagonist from the games Castlevania: Aria of Sorrow and Castlevania: Dawn of Sorrow. He also appears in the cross-over game Castlevania: Harmony of Despair. Soma was a student who migrated into Japan for his studies until he and his close friend, Mina, were transported into Dracula’s castle after an solar eclipse occurred. Upon finding an exit, he realized he’s inherited the power of dominance due to being an incarnation of Dracula and destroyed the source of his dark power, Chaos, in hopes of preventing himself from becoming the next dark lord.

One year later, however, it turns out that he still inherits these powers after being attacked by a priestess named Celia, who plans to revive the dark lord by killing Soma and finding candidates. Soma treads in Celia's castle in order to prevent her from succeeding. Soma has the ability to copy the powers and abilities of the monsters by absorbing their souls upon their defeat. He’s also skilled in using a vast array of weapons.

Attack Potency: Universe level+ (Fought and defeated Chaos. More powerful than Dracula ever was. Able to ignore conventional durability with various Souls) | Universe level+ (After awakening his dark side, Soma is the next true Dark Lord and thus Dracula)

Lifting Strength: Superhuman (Can push metal crates larger than he is) | Unknown

Stamina: Nigh-Infinite with the Chaos Ring, otherwise high (Can keep fighting for hours by himself) | Nigh-Infinite (Should be higher than his past self)

Range: Standard melee range normally, tens of meters to tens of kilometers with equipment. Universal+ with the Power of Dominance and other powers.

Intelligence: Gifted, higher with certain summons that enhance it.| Gifted (Even higher than before via also having Dracula's memories)

Power of Dominance: The Power of Dominance is the primary ability of the Dark Lord. Soma inherited this power from Dracula, as he is the reincarnation of the count and thus has his soul. Through it, Soma can absorb the Souls of his enemies and can gain absolute control over his respective demonic souls. After absorbing a Soul, Soma gains the powers, resistances, control over the soul and can likely erase them from existence akin to Dracula. This power also grants Soma incredible control over souls as he was able to passively absorb them from Celia's castle when witnessing Mina's death and absorb the countless souls of the Abyss after defeating Menace. When submitting to Chaos and turning to his dark side, Soma is reborn as Dracula once again and has complete control over demons and the countless souls of the Abyss. 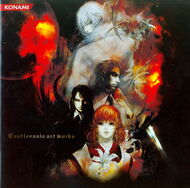 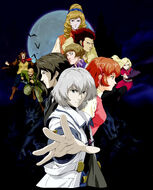 Kratos (God of War) Kratos` profile (Base Soma was used, both were at Low 2-C and speed was equalized)