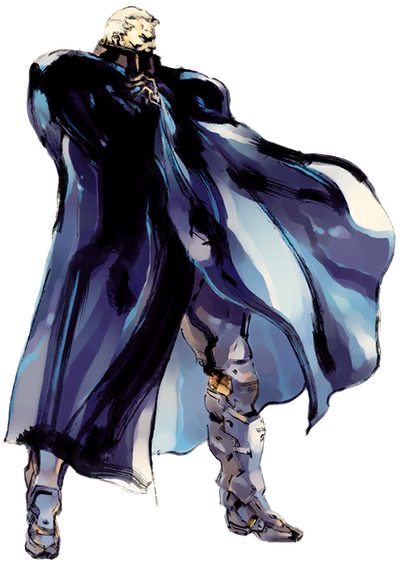 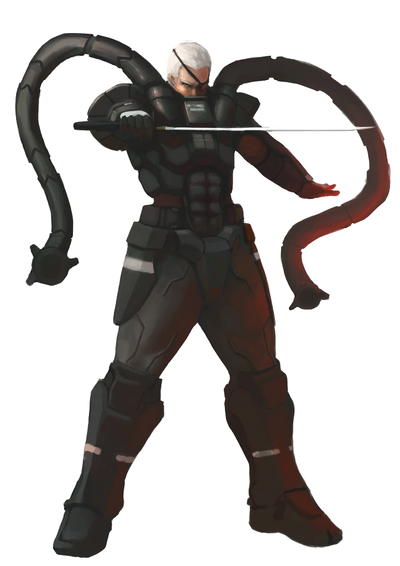 George Sears was the 43rd President of the United States and the third clone of Big Boss, created to be a perfect clone, known under the codename Solidus Snake. As a teenager, he participated in the Liberian civil war and adopted a child, Jack, after killing his parents, and groomed him to become a killing machine. In the future, the Patriots entrusted him with the presidency of the United States, and Solidus ultimately masterminded the Shadow Moses Incident in the hopes of escaping their control, but this led to him being ousted from power.

With the Patriots aiming to eliminate him, Solidus went into hiding and prepared to openly rebel against them, seizing the Big Shell cleaning facility.

Durability: City Block level (Comparable in durability to Big Boss, who survived an extended, torturous beatdown from Volgin, whose body carries a charge of ten million volts, and to Snake, who survived prolonged exposure to microwaves capable of quickly vaporizing an average human).

Stamina: Very high. Solidus' endurance should be comparable to that of his brothers and father.

Intelligence: Genius. Solidus shares the intellect of his father and brothers, presumably possessing an exceptionally high IQ of 180 that is reflected by his masterful skill in combat, manipulation, and leadership, acting as the president of the United States for several years and masterminding not only the Shadow Moses Incident but the Big Shell Incident as well. During this incident, he demonstrated his exceptional skill by matching the likes of Snake and Raiden in combat and co-piloted a Harrier jet with enough aptitude to shoot down two assault helicopters.

Weaknesses: Solidus has a blind spot on his left, thanks to his missing eye. His genes were also designed to make him age rapidly.